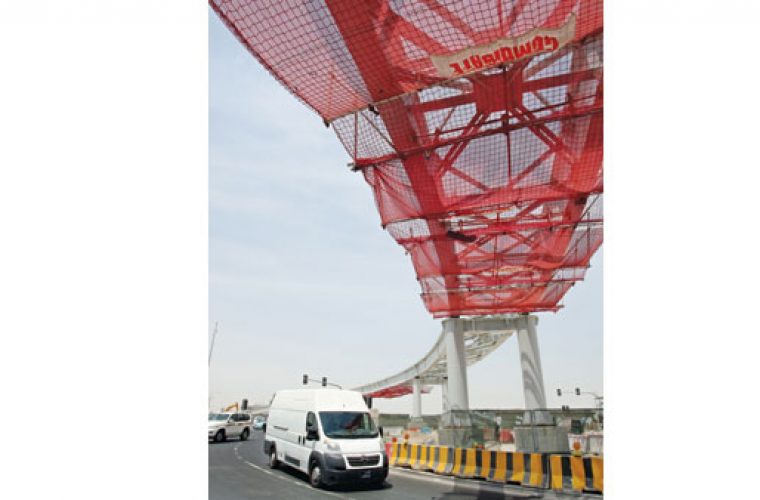 The temporary steel bridge being built over the Al Obaidly roundabout will be completed within two months, Engineer Mushaal al-Dahnim, a member of the Central Municipal Council, has said.

He said that the bridge was scheduled to be completed during the current month, but the project has not been delivered due to delay of execution.

Al-Dahnim told Arabic daily Arrayah that the bridge being built at a cost of QR36mn was a temporary solution to the problem of congestion on the E Ring road where vehicle queues extend from the Al Thumama roundabout to the Al Obaidly roundabout.

He confirmed that 80% of the vehicles heading to the Industrial Area passed through this roundabout and this caused severe traffic congestion in the area. “After the completion of the bridge the traffic jams on the E Ring road will disappear,” he claimed.

According to Al-Dahnim, the bridge has only one lane which starts from the Al Thumama roundabout and leads to the direction of Abu Hamour. “The bridge will facilitate the flow of traffic directly to Abu Hamour-Industrial Area through the street in front of the Medical Commission.” He said that the installation of pillars has been completed and the work is in progress to install the body of the iron bridge. “It is a temporary bridge until the completion of the massive E Ring road project. Once this project is completed the Al Obaidly roundabout will be demolished ,” al-Dahnim said.