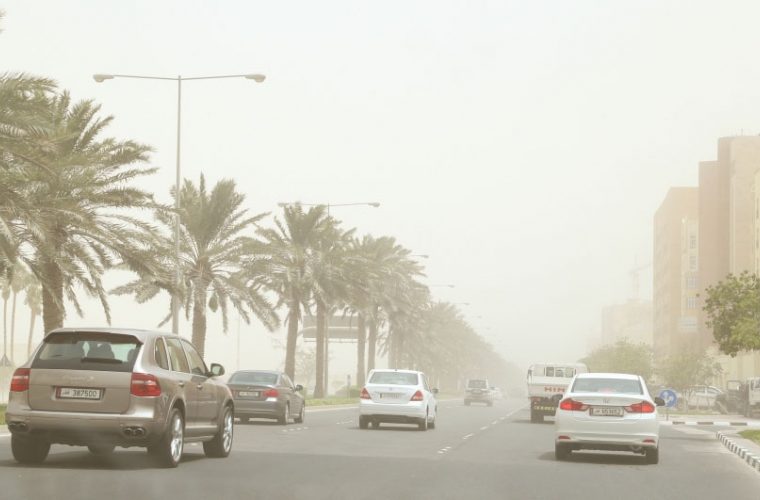 The strong dust storm experienced across Qatar is expected to continue on Monday and over the next few days. Monday's winds could be as severe or even stronger than what the country experienced in the forenoon hours yesterday, a senior official told Gulf Times.

"This is a `familiar' phenomenon across the region, during this time of the year," Abdulla al-Mannai, head of forecasting at the Meteorological department, explained.

The dust storm which began around 8am, later gathered strength, reducing visibility. Swirling sand flowed through roads, especially those flanked by open areas. The intensity of the dust suspended in the air caused difficulties for motorists who were forced to slow down. The Ministry of Interior had warned motorists through tweets that wind speeds could reach up to 35 knots.

For today, winds of up to 25 knots are on the cards, according to the forecast from the weather office. It is learnt there are dust storms in several parts of the Gulf region between the middle of June and last week of July.

Strong winds have forced fishermen to the shores and members of some fishermen groups in Wakrah said they have received warning from the meteorological department to avoid venturing out in the next few days.

Winds were extremely strong both on the onshore and offshore areas in the last few days and same situation is expected in the coming days as well, inquiries found.

Fishermen said though the visibility was not that bad in the last few days, owing to windy conditions they stayed away from duties.

The maximum temperature should be around 45C and the off shore seas may rise up to 11 feet.

The strong wind also reduced humidity across the country. "Though a fall in humidity is a welcome relief, the dust and sand being blown in by the wind has come as a considerable irritation and a health hazard," a Doha resident observed.

A sandstorm that lashed Qatar in the evening of April 1 this year had caused respiratory and other illnesses among a large number of Qatar residents.

"I was under treatment for at least two weeks and now I am afraid that this dusty weather is going to cause me trouble again," the resident added.