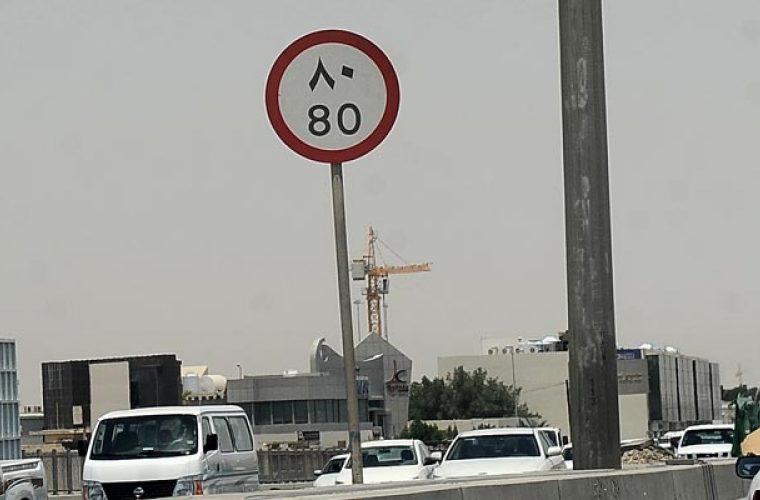 The government has come down heavily on indiscreet behaviour of motorists in the country by stiffening penalties for traffic violations like speeding and illegal parking.
HH the Emir Sheikh Tamim bin Hamad al-Thani on Wednesday issued Law No. 16 of 2015 amending some provisions of Traffic Law No. 19 of 2007. The law shall be effective after 90 days of its publication in the official gazette.
According to Article No 3 of the new law, the licence of motorists who exceed the speed limit will incur negative points on a proportionate basis. A driver who exceeds the speed limit by 30km/h will incur one negative point and those by 40km/h 2 points, 50km/h 3 points and 60km/h 4 points. Also, parking at slots reserved for the handicapped would incur 3 negative points.
The new law stipulates that the registration of any mechanical vehicle is issued for one calendar year, starting from the date of issue. The validity of the registration of vehicles belonging to ministries, government departments, public organisations, diplomatic missions, international and regional organisations, sports clubs and federations and other entities specified by a decision of the Minister of Interior can be two years.
The registration of new private vehicles will be valid for three years.
Article 41, Clause 1 imposes strict regulations on car rental companies and offices, motorcycle sales and rental offices, car sales and purchase showrooms, car decoration shops, automobile repair workshops by making it mandatory for them to obtain a licence from the Licensing Authority before they commence operations. The Executive Regulation of this Law shall specify the terms, procedures and regulations for obtaining this licence.
To curb the practice of motorists leaving their vehicles at non-designated places, Article 82 requires that vehicles, animals or things shall not be left on public roads in a manner that may endanger the lives of others or their property, or delay or impede traffic movement. Besides, no obstacles or anything that could block traffic or impede pedestrians or road works shall be left on the road without a written permission from the Licensing Authority. Further, without a written permission from the Licensing Authority, it is not allowed to display vehicles for sale at public squares, parkings, pavements, or on vacant plots of land. The authority concerned shall remove such vehicles and the violator shall be obliged to pay the costs of the seizure.
Article 89 says that a mechanical vehicle may be impounded by being driven or towed to the designated destination, and no responsibility will be shouldered by the authorities for any damage caused during the process of transferring it to the impounding yard. The impounded vehicle shall not be handed over to its owner until the matter is settled and the incurred fees, fines and expenses are paid.
If the vehicle's owner does not show up to claim the impounded vehicle within three months, the Licensing Authority shall sell the vehicle at a public auction.
After deducting any amount due to the government, the remaining price of the sold vehicle shall be paid to the owner. But if the price of the vehicle was not enough to pay off all the dues on it, the remaining sum shall be collected through legal procedures.
The cost of impounding a vehicle shall be regulated by a decision of the Minister of Interior.
Article No 95 of the new law provides for stiffer penalties for a host of violations that fall under the stipulations of Article 2 of Law No. 19 of 2007.
The weekly Cabinet meeting, presided over by HE the Prime Minister Sheikh Abdullah bin Nasser bin Khalifa al-Thani, had issued on May 13 a draft law amending some provisions of the Traffic Law promulgated by Decree-Law No 19 of 2007 after reviewing the Advisory Council’s recommendation.