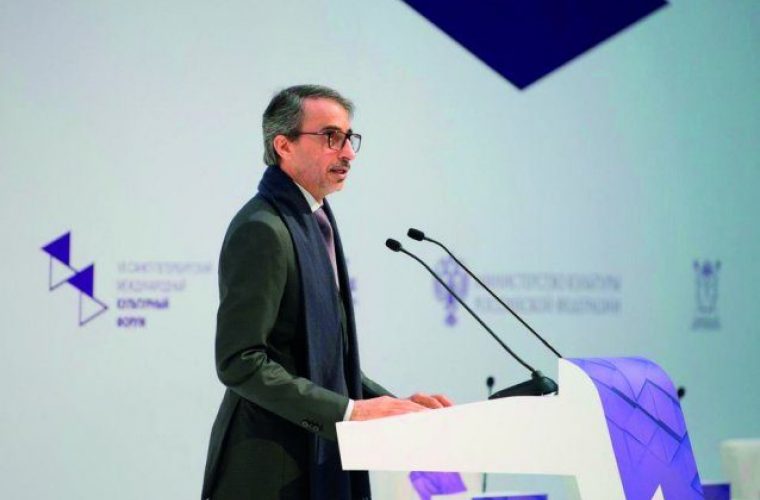 The seventh edition of Saint (St.) Petersburg International Cultural Forum, held in Russia kicked off yesterday. The forum will run for three days and 35 foreign delegations will participate in this prestigious forum, led by many foreign affairs and culture ministers in the world, including the Qatar which is the guest of honour for the first time in the forum.

The Forum was opened by Deputy Prime Minister of Russia Olga Golodets, with Minister of Culture and Sports His Excellency (H.E.) Salah bin Ghanem Al Ali, who led the Qatari delegation. More than 20,000 participants are participating in the forum representing theater, opera and music schools, in addition to experts in the global cultural and artistic fields and representatives of some governments.

He thanked all those who took part in this forum for the opportunity they gave to Qatar as a guest of honor on the land of St. Petersburg, which he described as the beautiful city and symbol of cultural diversity for centuries.

The forum will also feature a variety of Qatar Museums Department presentations, as well as recent presentations on cinema in Qatar, Qatari artists and photographers works, and a concert of Qatar Philharmonic Orchestra.
A number of Qatari cultural events will be held today.

The speech of the Minister will be entitled “Truth or Myth”, as well as a presentation of Qatar and Sudan archeological project and on architecture and identity.