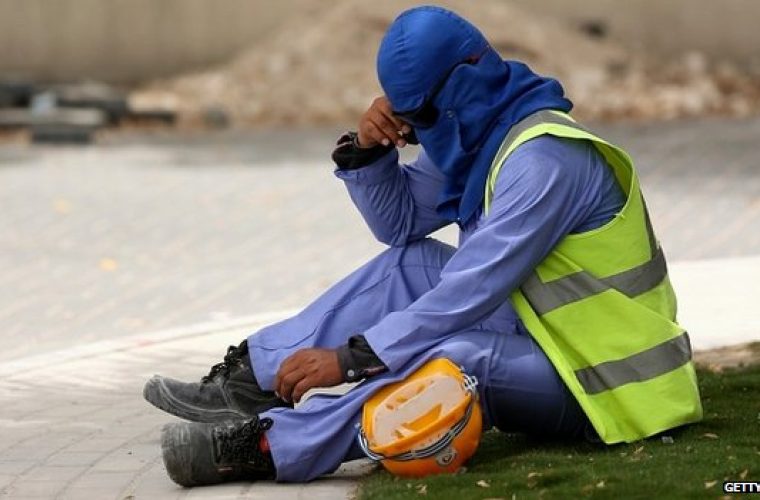 Qatar told a meeting of the UN Human Rights Council (UNHRC) in Geneva yesterday that it is going ahead with preparations to introduce “sweeping reforms” in the country’s sponsorship and exit permit system.

Addressing the 26th session of the Council, Director of the Human Rights Department at the Foreign Ministry Sheikh Khalid bin Jassim Al Thani said the “state is considering a new draft law based on work contracts under the name ‘the law of entry and residence of expatriates in Qatar”.

The session discussed the report presented by Special Rapporteur on the human rights of migrants Francois Crepeau and his last visit to Qatar in 2013 to study the labour conditions in the country.

Crepeau in his report has urged Qatar to review the sponsorship and exit permit system and recommended that expatriate workers be given the right to form trade unions. The reported included 14 recommendation to protect the rights of migrant workers in Qatar.

“The State of Qatar recently announced that it is intending to take sweeping reforms to provide further promotion and protection to the rights of migrant workers,” said Al Thani.

He explained that Qatar is considering the cancellation of the current exit permit system which requires the employer’s approval for the departure of the employee. “The system is to be replaced by a new automated system to be operative through the Ministry of the Interior,” he said. Regarding the employment contract, he said that it will govern the legal relationship between the worker and the employer and the contract shall be officially endorsed.

He said Qatar will introduce a comprehensive set of measures within the Qatari labour law to allow for the implementation of the new reform mechanisms.

On behalf of Qatar, he expressed thanks to the UN Special Rapporteur on the human rights of migrants, for his report on his visit to the state included in the document A/HRC/26/35/Add.1, valuing the objectivity, professionalism, transparency and non-selectivity that characterised the report.

Addressing the interactive session, Crepeau praised big Qatari corporations for the high standards of living they provide to their workers. He noted that the situation in Qatar is unique in view of the high ratio of expatriates to citizens. Qatar National Human Rights Committee (NHRC) Chairman Dr Ali bin Sumaikh Al Marri paid a special tribute to Crepeau for his report, saying “the recommendations will be taken into consideration in the ongoing cooperation between the NHRC and the government represented by ministries of labour and interior and UN Human Rights Training and Documentation Centre for South-West Asia and the Arab Region.”

Al Marri and Crepeau are set to meet on the sidelines of the session to discuss enhancing cooperation between the two parties.