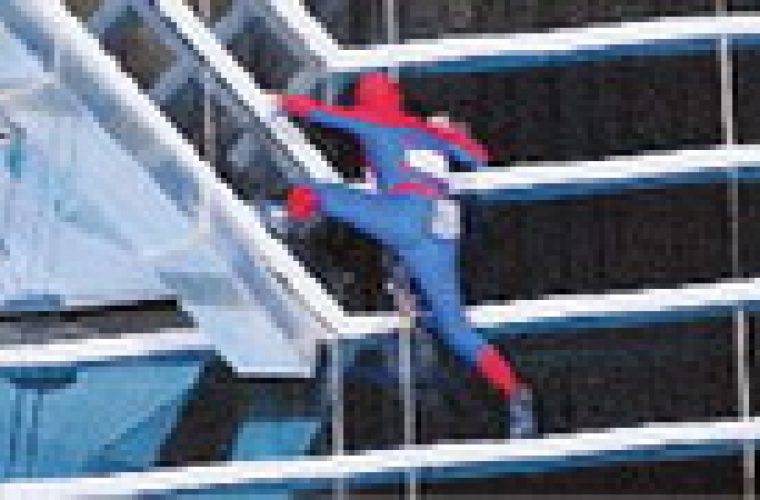 Clad in a Spiderman costume, French rock and urban climber Alain Robert enthralled close to two thousand spectators at the La Cigale Hotel as he climbed up the 100-metre building. Cheers and whistles erupted from the crowd as Robert, who is from Bourgogne, France, started climbing the building using only suction cups and a rope – sans safety net. La Cigale’s parking lot was transformed into a small, carnival-like area with a makeshift tent and a food stall. Robert, who has scaled 85 giant structures around the globe, including many of the world’s tallest structures, most of which he has scaled using only his bare hands and climbing shoes, said he likes Doha and the people in the city, that is why he decided to come when La Cigale invited him. Robert said he had a hard time climbing the slippery building a few hours after Doha experienced a heavy downpour, which is why it took him an hour to finish the climb. “I had a hard time when I started, but I was glad I made it,” said Robert. http://thepeninsulaqatar.com/Display_news.asp?section=Local_News&subsection=Qatar+News&month=December2008&file=Local_News200812076368.xml