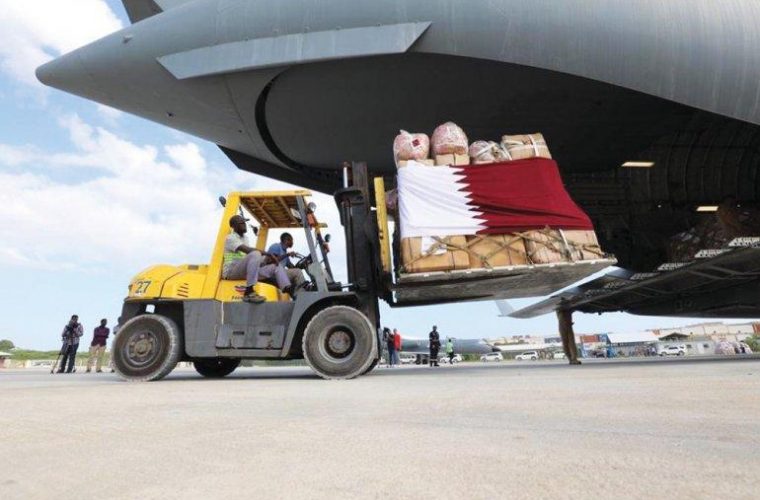 The Somali government commended the assistance provided by the State of Qatar to those affected by floods that hit large parts of the country, following the generous directives of HH the Amir Sheikh Tamim bin Hamad Al-Thani to launch an airlift for flood relief in the Federal Republic of Somalia.

In his remarks, H.E. Somali Federal Minister of Humanitarian Affairs and Disaster Management Hamza Said Hamza praised the repeated relief initiatives undertaken by the State of Qatar for the benefit of Somali citizens. He expressed his deep thanks and appreciation to HH the Amir Sheikh Tamim bin Hamad Al-Thani.

The Somali Federal Minister said that the Qatari aid was timely because citizens in the affected areas of Somalia suffered the most, pointing out that this assistance would ease the suffering.

In a statement, H.E. Deputy Special Representative of the Secretary-General, Resident and Humanitarian Coordinator for Somalia Adam Abdelmoula expressed his thanks to the State of Qatar for its generous contribution to the humanitarian efforts in Somalia.

The second batch of humanitarian aid provided by the State of Qatar, through the Qatar Fund for Development in coordination with the Standing Committee for Rescue and Relief Works and Humanitarian Aids for Afflicted Areas in Brotherly and Friendly Countries, arrived on Thursday in Mogadishu, accompanied by a team from the Qatari International Search and Rescue Group (Lekhwiya). The total assistance reached about 88 tons of medical and relief materials.