Solar energy as an alternative source of electricity in Qatar 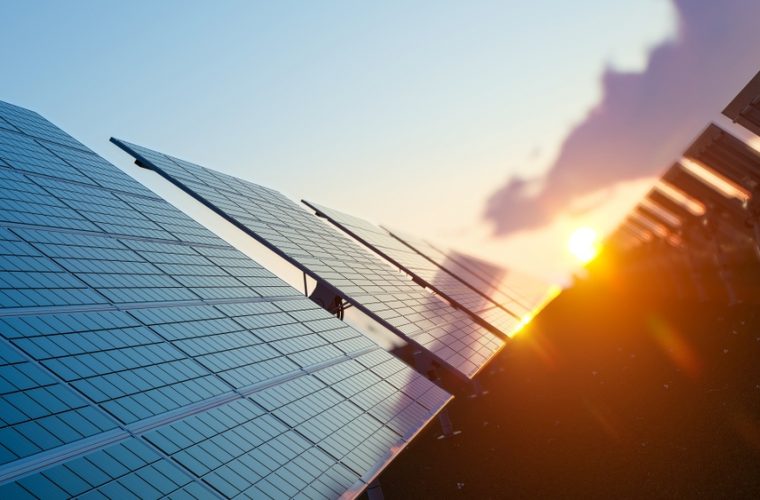 Have you ever doubted the massive power and strength of the sun? The sun illuminates the universe with its solar power that extends as far as our planet Earth to our very own homes. For those who are confused, solar energy is the radiant energy emitted from the sun. This energy is usually converted into electricity through solar panels that can be used to light up our own homes, our demanding city streets, active workplaces and even power our latest technologies as well.

Qatar’s solar energy outlook is firmly emerging and advancing. According to EcoMENA, one of the most recognised sustainability environmental organisation's in the Middle East, the country is geographically well-positioned to boost its remarkable solar energy capabilities. Its solar power potential can be successfully developed in seawater desalination processes as well as large-scale power generation projects that are all readily available in the country. Solar energy has multiple advantages in the form of energy security, improved air quality, reduced emissions, and employment opportunities, in addition to augmenting water and food security.

Solar energy is a convenient way to lower down electrical costs, minimise the environmental impact as it reduces the use of coal and other forms of fossil fuel in generating electricity and provides countless other benefits, such as supporting small and big businesses and contributing to energy independence of the country.

And, this is what makes this renewable source of energy one of the most recommended sources of electricity among countries around the world including Qatar.

Transforming Qatar into a solar hub

Currently, the use of solar power in Qatar is becoming prevalent as high demands of electricity from various commercial industries and the growing economy of the country is at its peak. Numerous Qatari companies, organisations, environmental groups, and even government institutions are now exhausting every possible means to endorse solar power as an alternative source of electricity. Apart from being reasonable in the long run, it's also environmentally friendly compared to the conventional way of generating electricity, another reason why Qatar has set an ambitious target of 2% renewable energy contribution in the national energy mix by the year 2022.

Advocates of solar energy in Qatar

Kahramaa, the state electricity and water utility of Qatar is one of the country's advocates of solar energy leading the efforts to transform the country into a regional solar hub in the Middle East. Kahramaa’s first solar power facility in Duhail spreads to over 100,000 m2 area, which opened in 2016 has a capacity of 15MW of electricity. Kahramaa has a targeted capacity of 200MW solar power at 60 sites across the country by 2020.

This facility, and those that will follow, are part of the company's plans to reduce dependence on fossil fuels, reduce carbon emissions and increase energy efficiency by diversifying sources of electricity production, besides increasing the proportion of renewable energy, in accordance with the Qatar National Vision 2030.

QF, a non-profit organization, made up of more than 50 entities working in education, research, and community development, is another supporter of solar energy in Qatar. As a matter of fact, QF has the largest pipeline of Solar Photovoltaic (PV) installations in the country and is generating around 85% of Qatar’s total solar energy. PV is the technology used to convert sunlight into direct current electricity by using semi-conductors.

In 2018, QF propelled one of the earliest Energy Monitoring Centre's (EMC) in the Gulf region, to help administer its smart grid and monitor solar power production within all locations inside the Education City. The EMC is part of the finished Solar Smart-Grid Project that amplified a total of 1.68MW of new PV systems at different facilities across the QF campus. The project is also the first commercial PV project in Qatar to be granted a grid connection from Kahramaa.

QSTec is a joint venture between Qatar Solar, a fully owned subsidiary of the Qatar Foundation and the Qatar Development Bank. It proudly supports initiatives that encourage environmental practices and the use of solar technologies within the country and around the world.

"Shams Generation", one of the group's renowned initiatives, aims to vigorously cultivate the next group of solar engineers and clean energy advocates by enabling students to discover solar power and its potential as a clean energy source in a way that is appealing and inspires learning. QSTec gives solar energy kits to students so they can create fantastic pieces of art using solar power and recycled materials. In addition to this, QSTec offers training programs and support to teachers to enable them to successfully deliver the program to their students.

QNFSP, through the years, has reinforced the importance of solar power as part of its principal strategy to create a complete answer to food security in the country. QNFSP’s initiatives just like the other advocates of solar energy are all geared towards the objectives of Qatar’s National Vision 2030, which aims to reduce reliance on fossil fuels, in addition to achieving environmental sustainability. Desalination powered by solar energy will not only ensure affordable, sustainable and secure freshwater supply but will also help increase the capacity for farming.

Al Emadi is one of the advanced companies in renewable energy in Qatar providing green energy and environment-friendly solutions by using solar energy. Their main goal is to limit the country from conventional energy options in favor of cleaner energy alternatives that will drive growth and enhance economic and social developments. Through the experience and the expertise of their associated companies, partners, and solar supporting equipment suppliers, they are able to promote the use of solar energy by introducing solar panels and solar energy products to generate electricity.

Based on what you have read, are you now convinced that solar energy can be a great alternative source of electricity here in Qatar? Tell us what you think in the comments section below, and don’t forget to like and share this article – it keeps us going!