Social media responds to list of demands with humor 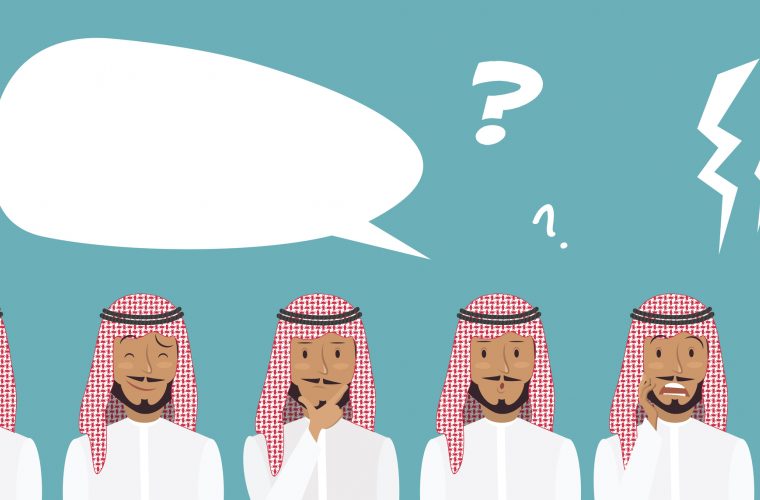 As the GCC crisis continues to develop, people have taken to social media to express their frustration at the demands the boycotting countries have made of Qatar, but with humor. The 13-point list coming from Saudi Arabia, Bahrain, Egypt and the UAE has been met with mockery and sarcasm on the Internet. The list has been compared to shopping lists, demands made by a mother of her toddler and even stories from holy scriptures.

In response to the seemingly ridiculous demands, people have been drawing up their own “lists” that seem almost as unreasonable to them as the real one.

Here are some of the tweets Twitter users have been posting using the hashtags, #WeDemandQatar and #SaudiDemands. 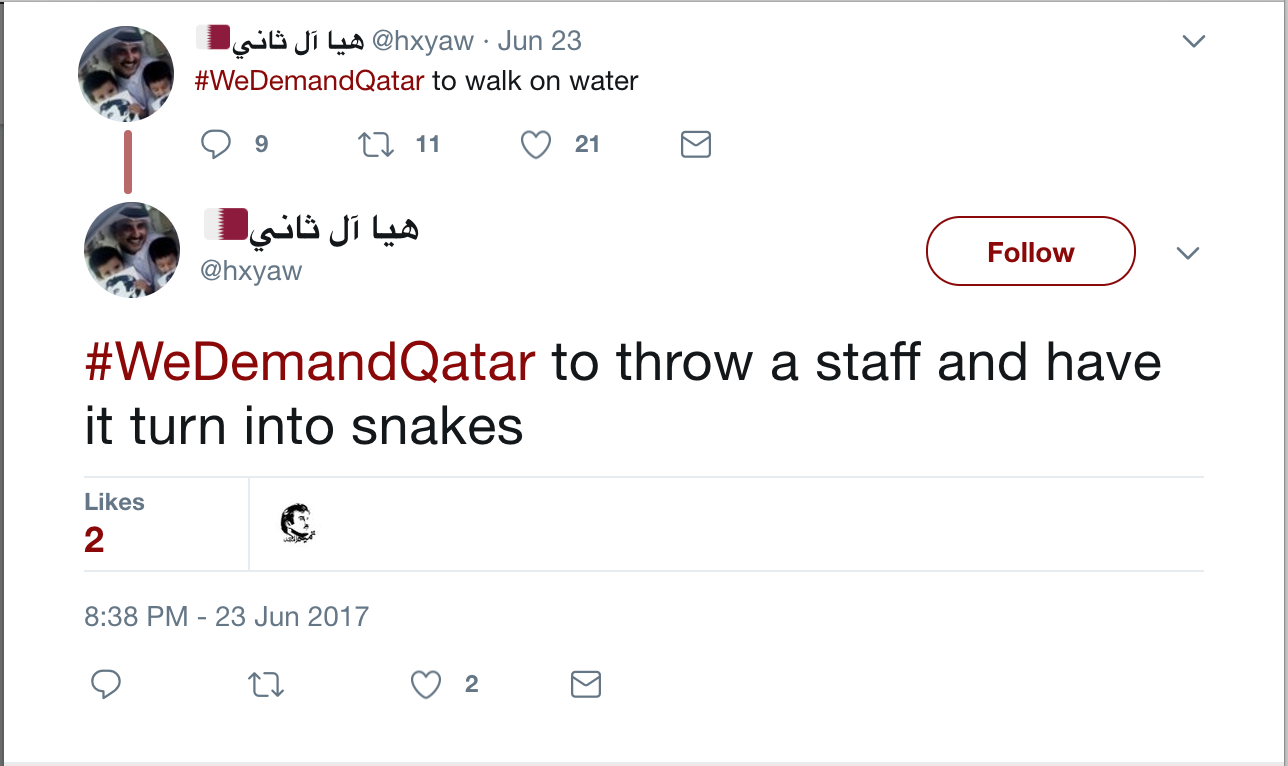 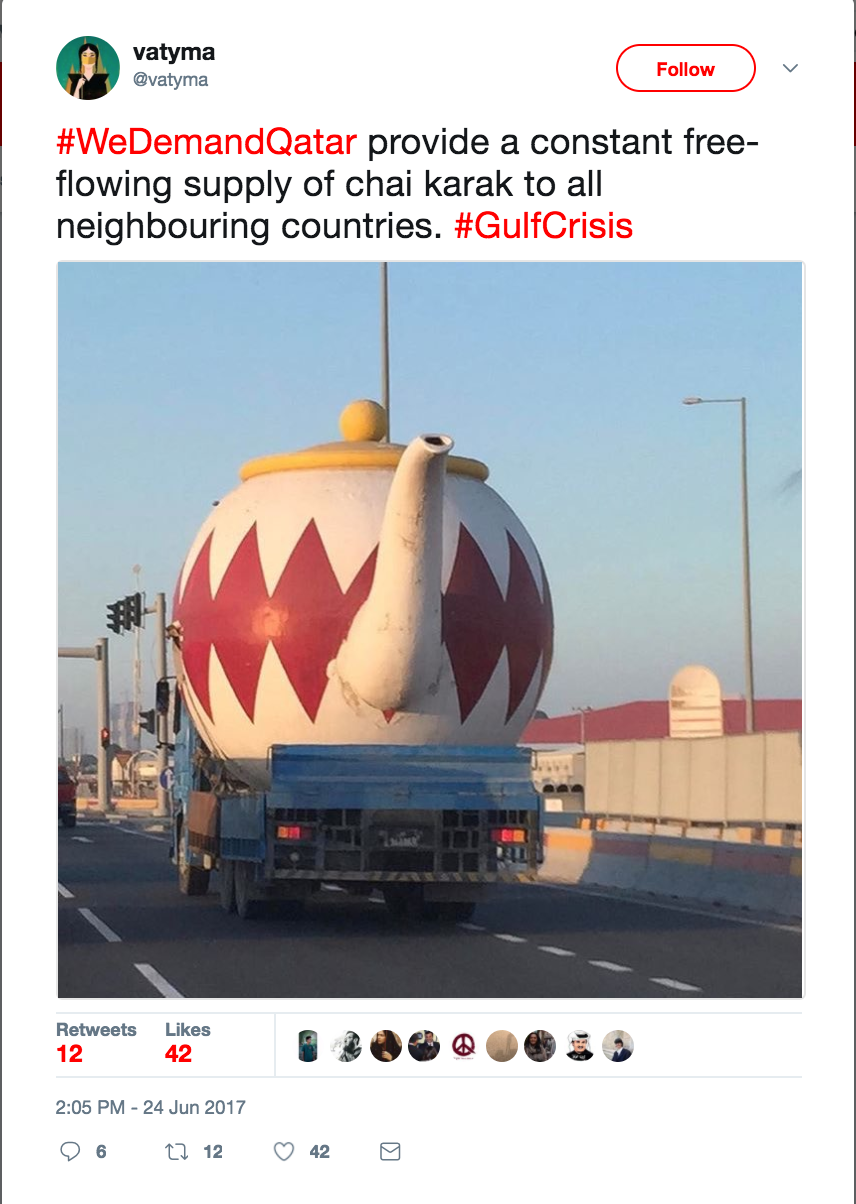 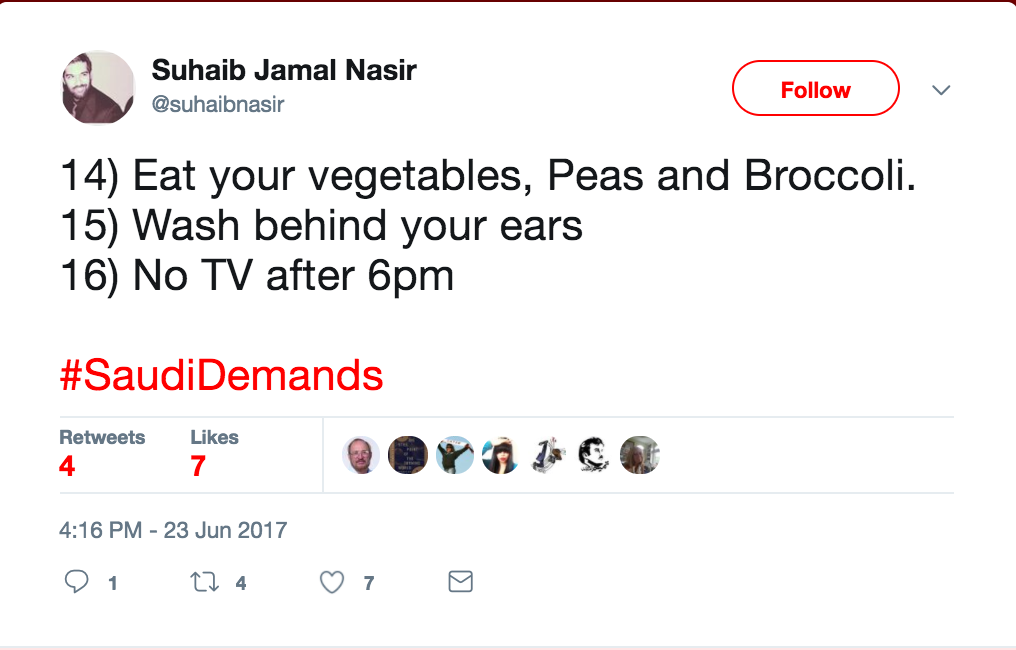 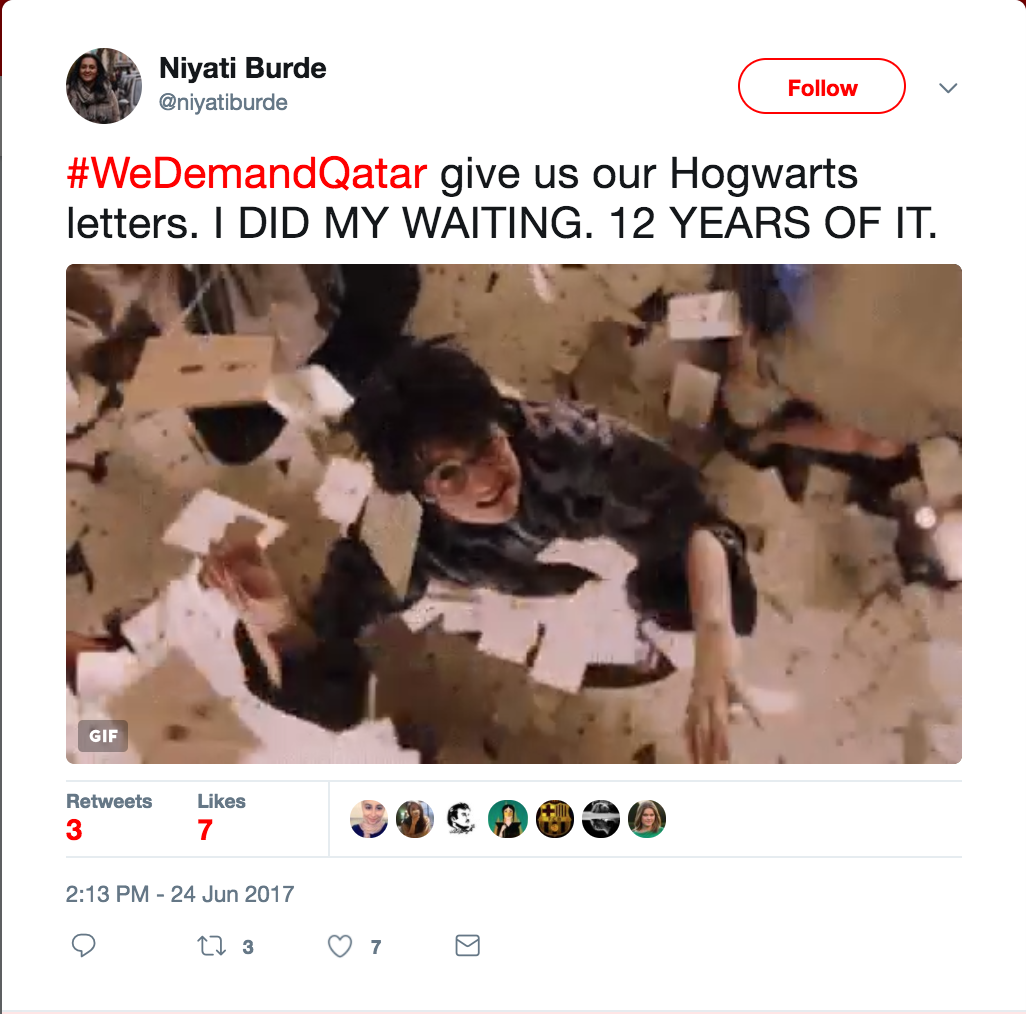 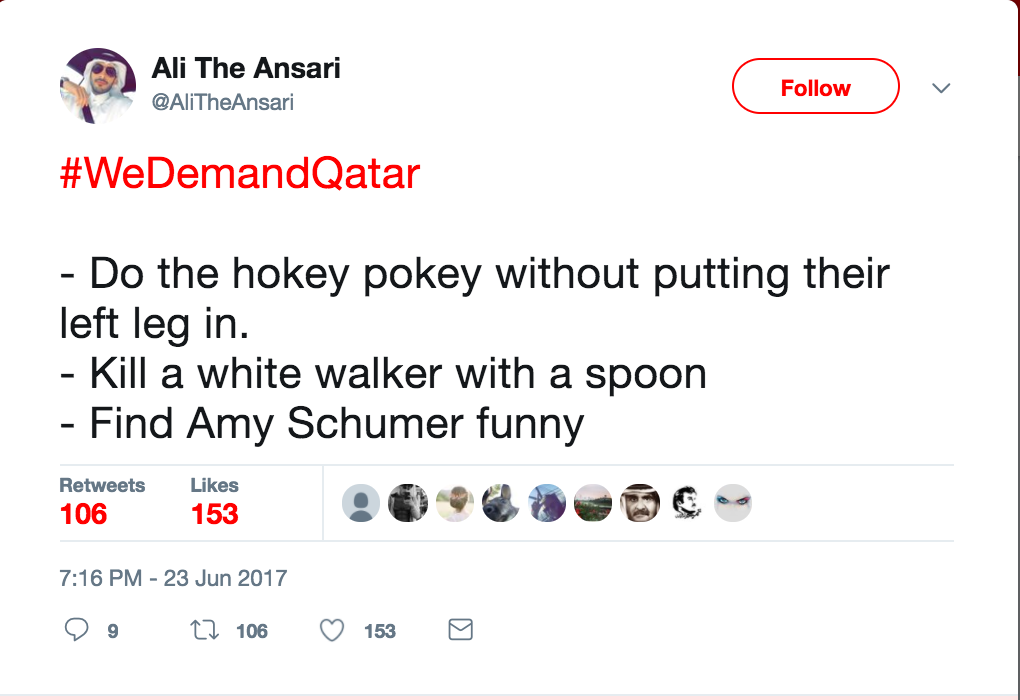 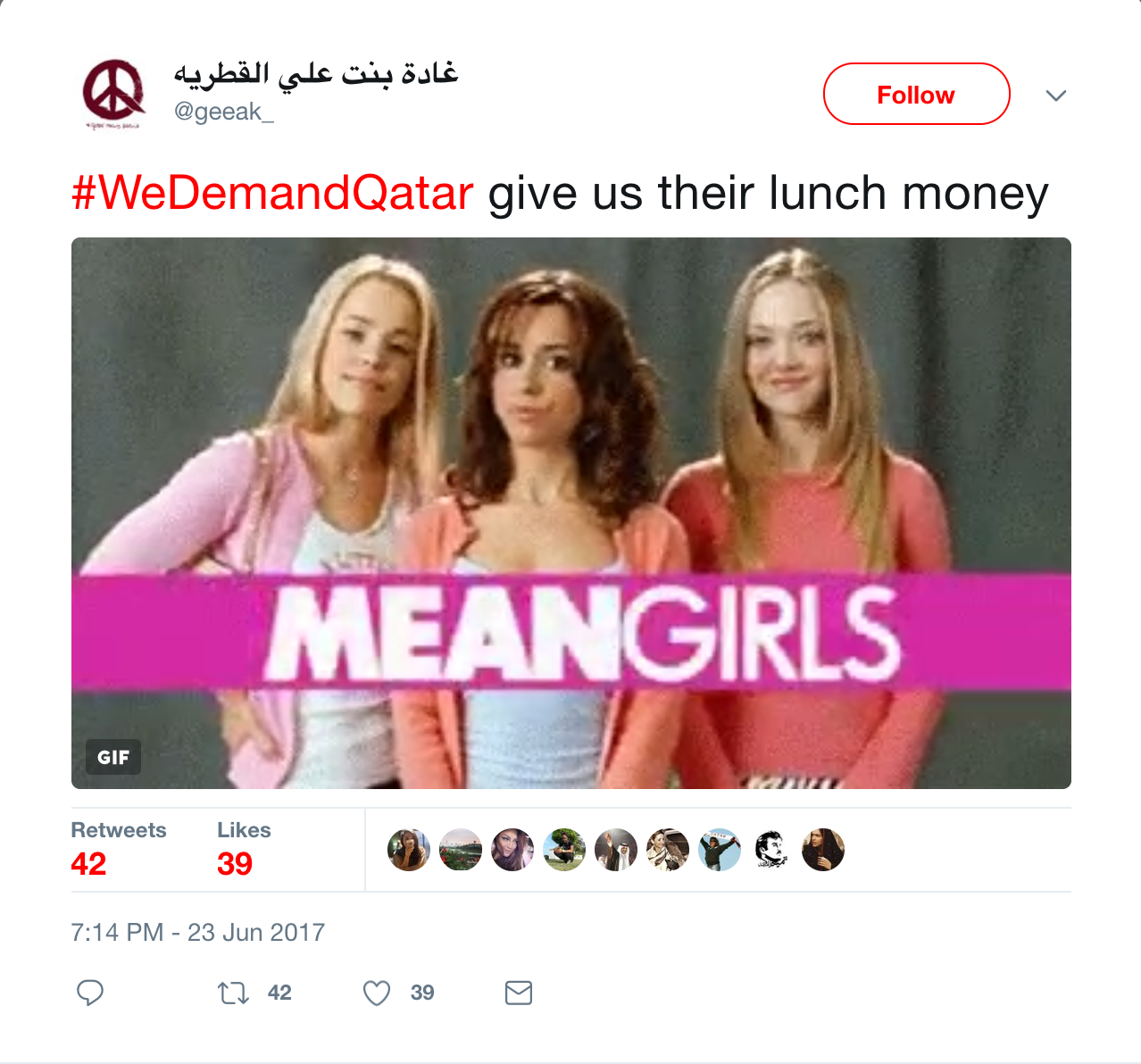 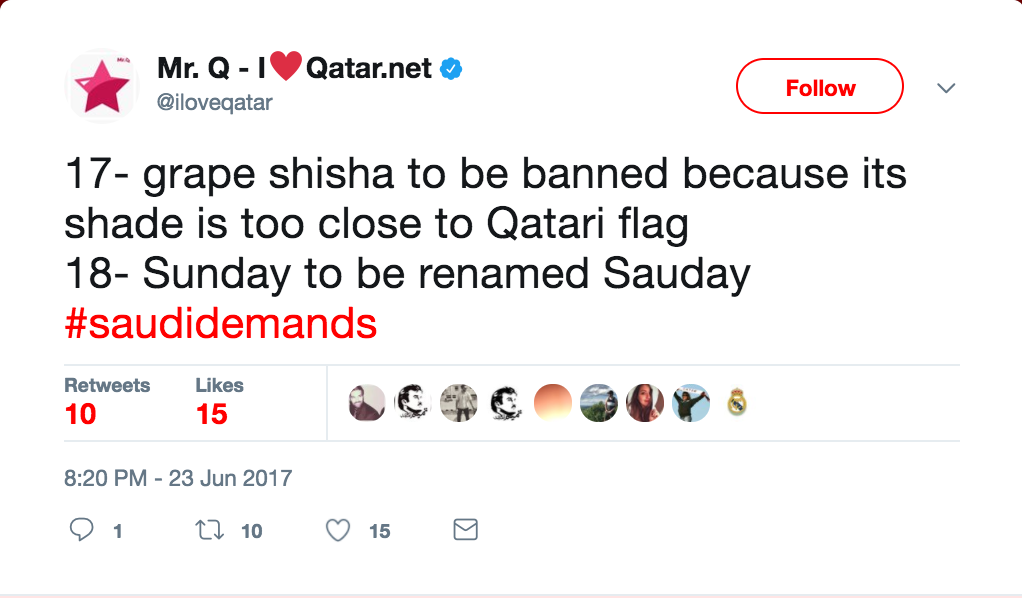 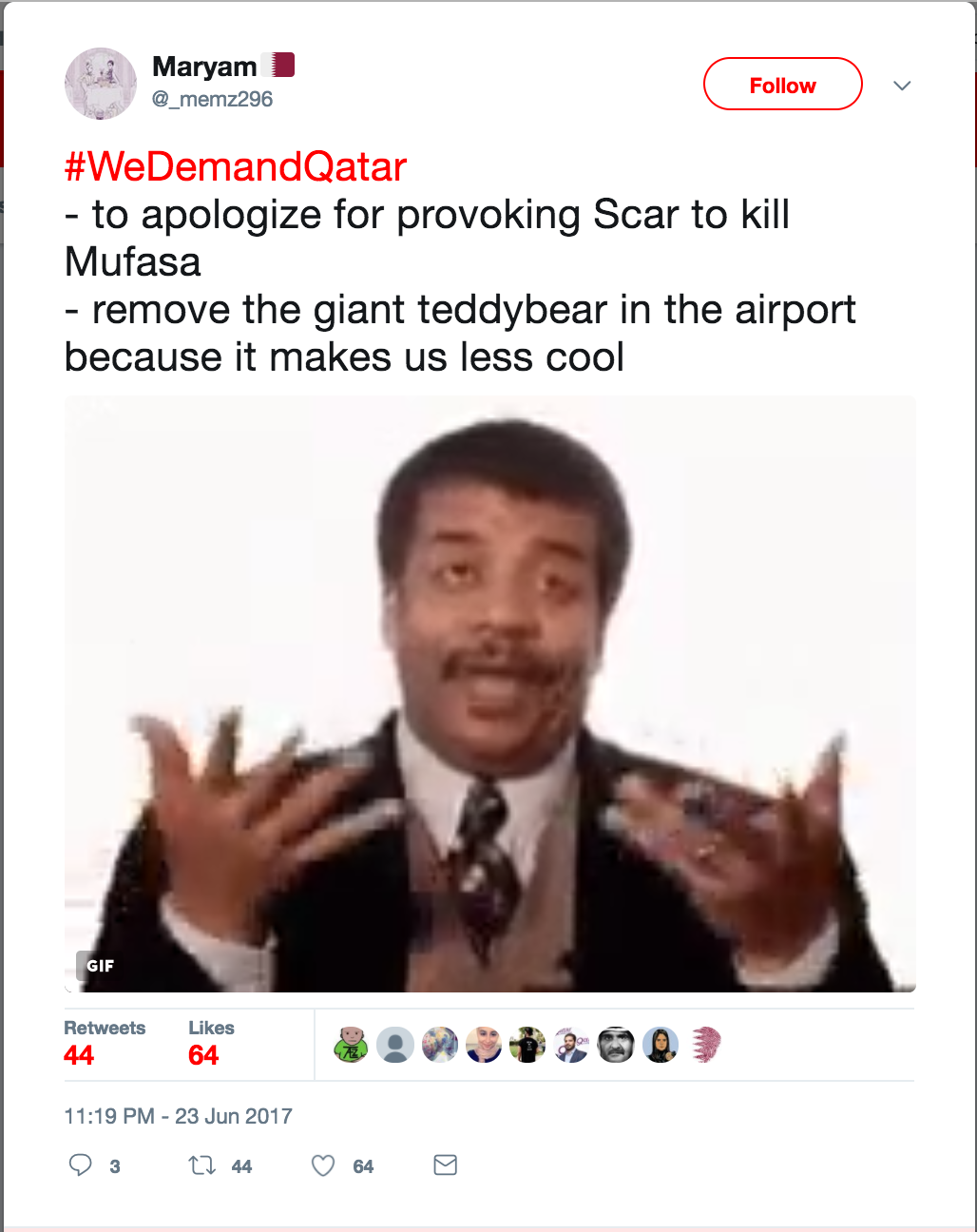 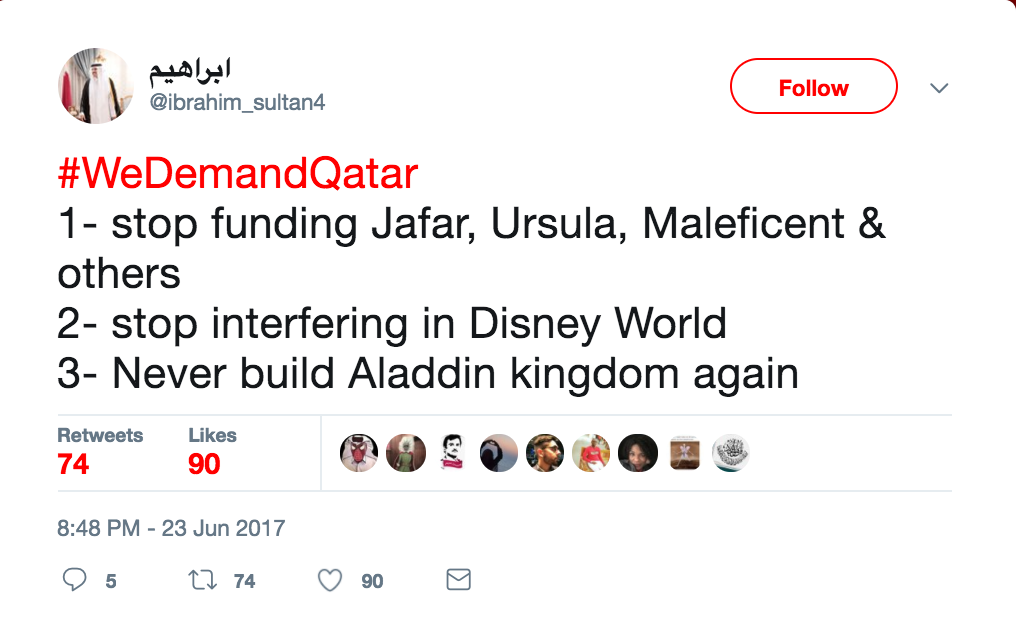 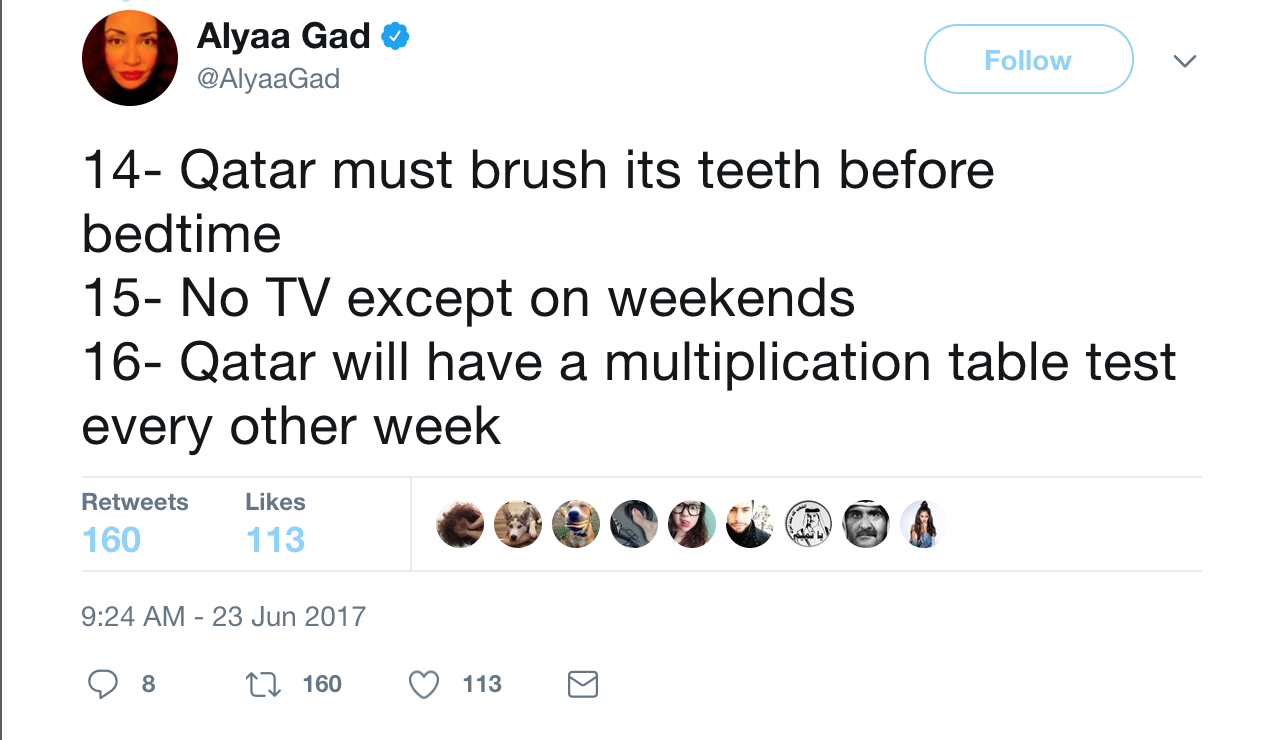 What do you think of the social media reactions to the list of demands? Have you seen any funny tweets about the issue? Let us know in the comments below. And don't forget to give us a like and a share—it keeps us going!