Smile, police to get friendly with children 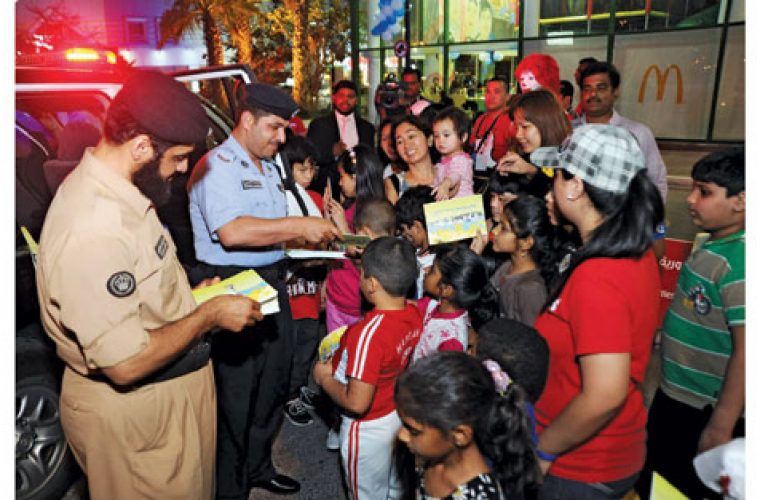 Community policing in Qatar is taking a new turn with public security officials and strategists turning their attention to children to remove their fear of the police.

Police strategists complain that parents often frighten their children by telling them that if they do something the parents don’t want, the police would catch them. “This is the way parents, at times, make their children obey them,” said Ali Battal Hasan Al Naimi, a senior official of Al Fazaa.

“We participate in community programmes to talk to participating children to make them familiar and remove their fear,” Al Naimi told The Peninsula on the sidelines of a Ministry of Interior (MOI) event.

The MOI, in collaboration with McDonald’s, has organised an awareness campaign to educate families and children about safety and security, fire prevention and traffic rules.

A two-day event was held at the Airport branch of McDonald’s last Thursday and Friday, from 6pm to 9pm. The MOI security and service departments, including Al Fazaa Police Department, Traffic Department, Community Policing of Capital Security Department, General Directorate of Civil Defence and Public Relations Department, took part in the event.

The officials talked of guidelines and gave advice on safety and security to the participants and introduced the services and security-related measures which are initiated by MOI departments. Many booklets, brochures and other printed material was distributed. Films on traffic awareness were also shown.

The restaurant management conducted several competitions for children and the families that helped raise public awareness about traffic and fire-related issues.

Police officials helped the children learn about the services and initiatives of each department and they were given the opportunity to get a close look at police cars and learn about the equipment and systems inside.

Ayub Hassan Mezfari, Director of Operations, MacDonald’s Qatar, expressed pleasure at partnering with the ministry in awareness campaigns and said his company was very attentive to ensure the safety and security of its customers.

He added that it was a good opportunity for the company to prove its social responsibility to initiate awareness campaigns.

Ghada Kamal, Marketing Manager of the company, said joint events could be very fruitful as families could learn a lot about safety and security issues.

She said the awareness campaign would be held at the Dukhan branch on May 29 and Al Sadd branch on June 5-6.

About daredevil car racing and other such violations, policemen told this newspaper that tougher laws were in the pipeline.

However, more than the law what is needed is awareness campaigns in the community, they added.

Members of a family indulged in daredevil racing a day after losing a near and dear one in such an act.