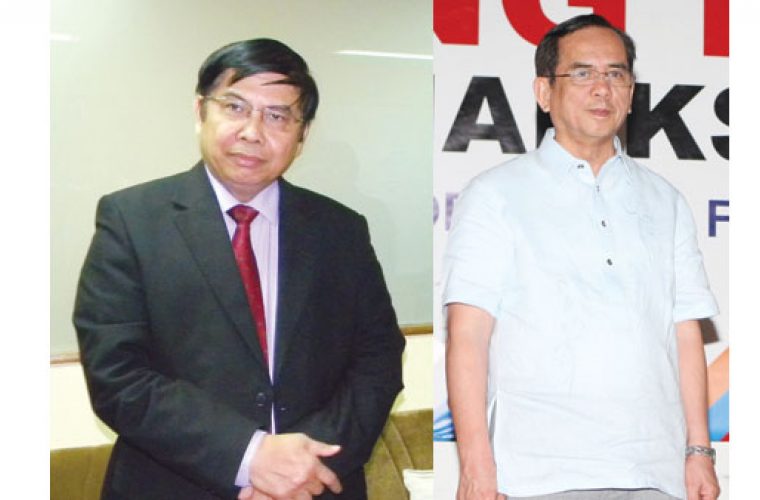 The number of Filipino household service workers (HSWs) in Qatar has decreased “slightly” , Philippine Ambassador Crescente Relacion has told Gulf Times.
From about 35,000 registered HSWs in 2012, the number has gone down to an estimated 30,000 in 2013 as a result of certain restrictions in the issuance of visas for Filipinos. The envoy also cited that many HSWs have decided to stay in the Philippines after finishing their contracts with their employers in Qatar.
Relacion is expecting the number to drop further this year despite an increasing demand for Filipino maids from families, both Qatari and other nationalities.
The Philippine Overseas Labour Office (POLO) in Doha has earlier reported that they have been receiving an average of 14 contracts for verification every day during the past four months.
Besides HSWs, the number of Filipino construction workers and labourers has also dropped last year, according to Relacion citing the same reasons.
Some of the labourers, who spoke to Gulf Times recently said their contracts would end in two months and they have decided to leave for good.
“We just want to finish our two-year contract and return to our families back home,” said one labourer in the dialect.
Many recruitment agencies in the Philippines have confirmed to Gulf Times that the fall in deployment was because they no longer received labourer job orders from Qatar.
It is learnt that Filipinos are still opting to work in countries in the Middle East such as Saudi Arabia, Bahrain and Kuwait where there is continuous hiring.
In a report from the Philippine Overseas Employment Administration (POEA), the number of equipment operators and labourers was increasing with a deployment of 1,473 in 2000 to 21,230 in 2008.
However, the trend started to go down the following year (2009) with 19,614 deployed to Qatar. It significantly decreased in 2010 to 15,684, then 15,365 in 2011 and it went down to 14,292 in 2012.
Levinson C. Alcantara, POEA Marketing Branch director in the Philippines, said the declining trend of Filipino labourers being deployed to Qatar maybe caused by a number of reasons.
“First, the salary is too low and workers have found better offers in other countries in the same region. It is also because the Philippines is now focusing on sending skilled and professional workers abroad.
“It may also be a result of some changes in certain laws of one or both countries, affecting some of their bilateral agreements. Or, there might be an increasing demand from another region or country which offers a better salary package.”
The figure differs from other categories of workers such as professionals who were deployed to Qatar. From 123 in 2000, the number of professionals, technical and related job holders increased to 4,822 in 2011. But for service workers, especially housemaids, the number kept on increasing from 1,582 in 2000 to 25,010 in 2012.
Labour attaché Leopoldo De Jesus has echoed the envoy’s statements saying the number of Filipino HSWs in the country may continue to decrease but not the total number of Filipino expatriates.
Instead of HSWs, he pointed out that the Philippine government was keen on sending professionals and skilled workers to Qatar.
Relacion believes that the new hospitals and clinics that will become operational in the country in the coming years will require more Filipino nurses and other medical staff.
He said Filipino engineers and safety officers will also be needed for various projects which have been launched this year.
“Construction is booming and we expect them to hire skilled workers from different countries including the Philippines,” he added.
To produce more licensed Filipino professionals such as engineers, architects, nurses, and accountants, the Philippine Professional Organisation in Qatar continuously help facilitate the annual board exams in the host country.