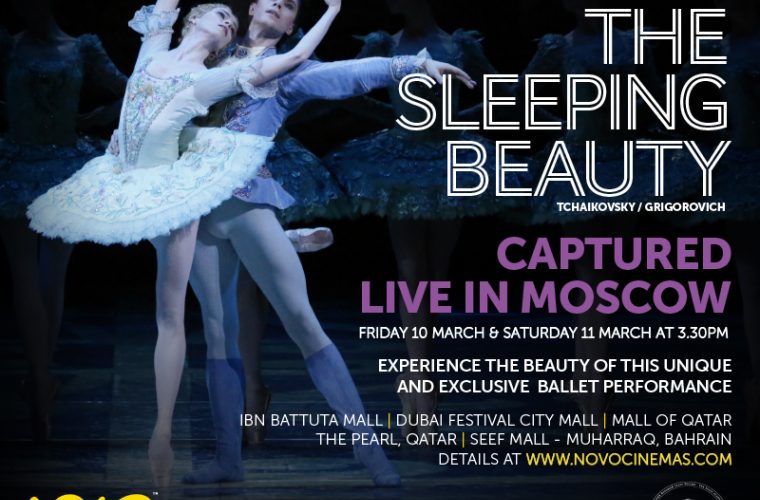 Novo Cinemas – the pioneering entertainment destination in the Middle East – will transport audiences to a land far, far away with a cinema exclusive performance of “The Sleeping Beauty” on Friday 10th and Saturday 11th March. Bolshoi Ballet will close the final chapter of the celebratory screenings with everyone’s favourite bed time story.

With music adapted by Tchaikovsky and the story from Charles Perrault’s original fairytale, the dazzling classic follows the beautiful Princess Aurora who is cursed to fall into a deep slumber on her 16th birthday. Only the kiss of a prince can awaken her after a hundred years.

From Moscow to the Middle East - in honour of Bolshoi Ballet’s historical master and curator, Yuri Grigorovich’s 90th birthday – the Bolshoi dancers will take the audience on a dream-like journey complete with jewel fairies, a magical kingdom, a dreamy princess and a handsome prince in this purest style of classical ballet. The extravagant staging with its luxurious sets and costumes gives life to Perrault’s fairytale unlike any other.

Novo Cinemas, the exclusive partner for the unique performance in the Middle East, will broadcast during the afternoons on Friday and Saturday in the UAE, Bahrain and Qatar.

Tickets are now on sale from www.novocinemas.com and the cinemas’ box offices.