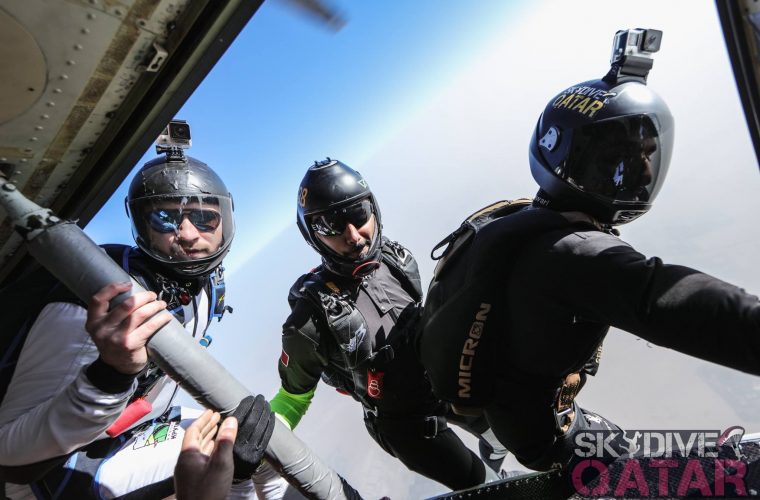 Adrenaline junkies rejoiced mid-2016 when skydiving mania was finally introduced in Qatar. Not only that, Skydive Qatar (SDQ) -- a world-class skydiving facility -- announced a few months later the extension of their planned operations due to popular demand. SDQ was in operation from May 3-31, 2016, but thrill-seekers wanted more.

Now, for 2018 -- although the official commencement date hasn't been announced yet -- Qatar's maiden skydiving facility is back with a bang! Starting from the winter all the way to the start of summer, SDQ returns for the whole season!

Teaser videos on Facebook feature licensed skydivers test-driving new and improved SDQ equipment, all available in Qatar. With their world-class teaching facilities, jumpers can sign up for the tandem, solo, school course, and AFF program. Each category differs in difficulty and experience level. Of the four, the tandem jump is the most common as jumpers don't need to have 'license' to try out the death-defying act.

"Tandem jumps are very popular around the world for amateurs and we are pleased with the public's response in Qatar," said SDQ operational manager Mohammad Abdallah.

Just recently, American TV personality Augusto Valverde tried tandem jumping in the new drop zone in Al Khor: "I'm kinda nervous because when you're jumping out of an airplane with someone you've just met, it takes a leap of faith. But you know, when you're in Qatar, you do it as the Qataris do!"

In order to prepare for take-off, wannabe skydivers have to pass a small medical test on the day, before being cleared to take part. Nothing serious, just to make sure there’s no risk of any participant fainting or having any kind of medical emergency during the jump. However, if you've had parasailing, paragliding, or bungee-jumping experiences in the past, then there's no need for such -- as you've had enough warm-up.

And, while the tandem jump is for novices, SDQ also offers the AFF program which encourages brave hearts to become professional and, later on, licensed skydivers. The course has three levels. Finishing all three means that you're officially a skydiver -- and can start skydiving on your own!

Free falling approximately 13,000 ft above the ground, SDQ is equipped with durable and innovative aircrafts -- one of them being the Cessna C208 Grand Caravan. This beast has a cruise speed of 195kts and can carry up to 18 jumpers per load.

SDQ strives to design a cool-looking aircraft to give their customers the most exciting and unforgettable experience. The Cessna C208 is also used by governmental organizations, and by a large number of companies including law enforcement, air ambulance, passenger transport, air charter, freight, and military operations.

Are you excited for Skydive Qatar's grand comeback? Or maybe you've tried the tandem-jump and are eyeing to become a full-fledged skydiver in the near future? Drop us a line in the comments below and let us know your thoughts! Also, don’t forget to like and share this article!