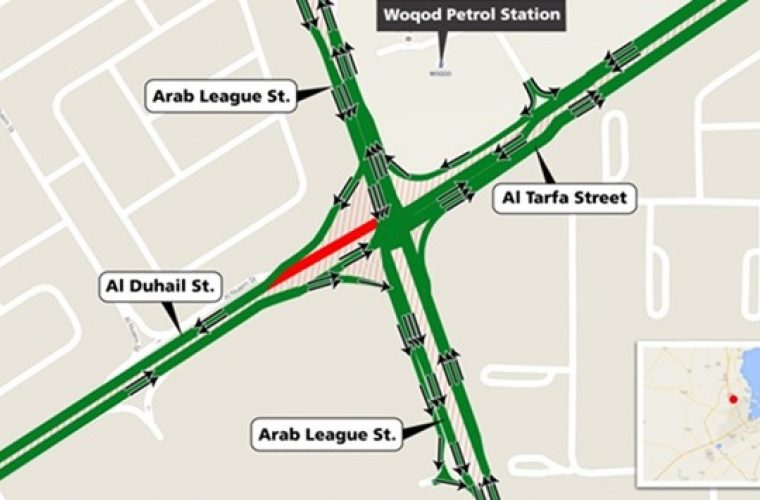 Leabaib roundabout (previously Radar roundabout) near the military camp in Al Duhail has been turned to a signal-controlled intersection, Ashghal announced.

With the partial opening, vehicles can now pass through all directions except to go west towards Al Shamal Road due to ongoing excavations for the construction of sewer lines and manholes.

The remaining closed lane is expected to open within the next three months. Throughout the period, the road users are required to head north, make a u-turn at the next intersection to return to Leabaib Intersection and then make a right-hand turn (as shown in the map).

The project also includes converting Jaryan Njeimah roundabout, located adjacent to College of the North Atlantic - Qatar to a signal-controlled intersection. Work is progressing and the intersection is expected to open to traffic in the first half of next month.