Signal works to start near Civil Defence Round About 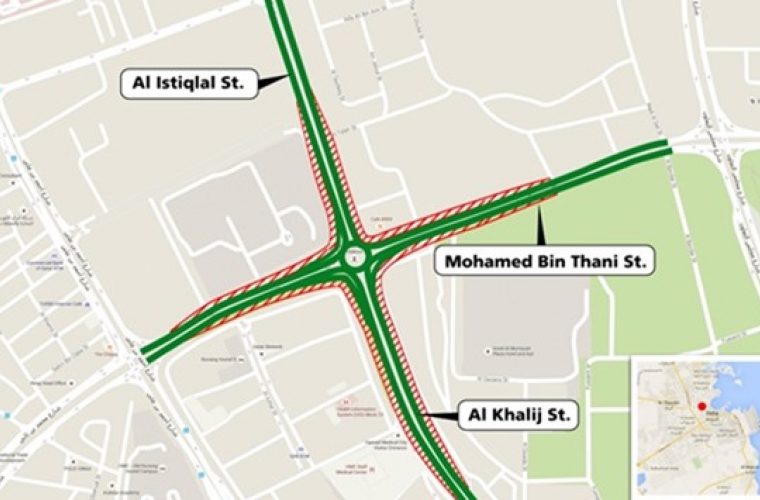 It will be implemented only on the sides of the road on Al Istiqlal Street and Mohammed bin Thani Street. All traffic lanes will remain open to traffic in all directions (as shown in the attached map).

The first phase will start Monday (May 2) and will last until June 23.

The Phase 2 will begin in the last week of June and will include a temporary closure of a lane in both directions on Al Istiqlal Street and Mohammed bin Thani Street. The two lanes of the road and the roundabout will remain open to traffic, and the closure will last until mid-September 2016.

The works to convert the Civil Defence Roundabout into a signal-controlled intersection are part of the 5th phase of the development of intersection and roundabouts project in several areas in the Municipality of Greater Doha.