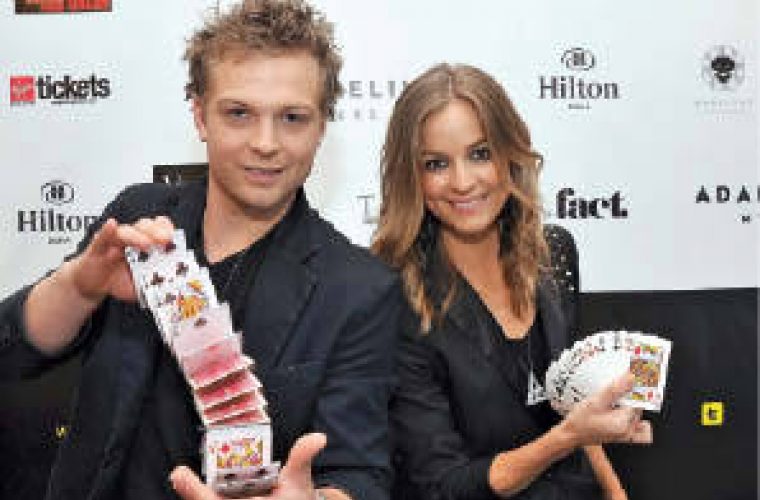 World acclaimed mystifiers Adam and Selina are set to unveil never-before-seen illusions in their series of Doha shows which opens tomorrow night at the Qatar National Convention Centre (QNCC). “We are going to launch here in Qatar brand new illusions that nobody has seen yet,” Selina told the media at a press conference yesterday at Hilton Doha hotel. Expressing excitement of the shows which run for four days, Adam said the first of its kind show here promises an experience “which we hope people would talk about for a long time.” The brother and sister tandem have been enthralling millions of people with their amazing performances for 15 years and their Doha show is expected to be a grand show of illusions comprising vanishing acts, teleportation and dangerous escapes, among others. It took weeks to bring to Doha 44 containers with over 10 tonnes of massive props which the duo would use during each show which runs for one hour and 30 minutes, revealing the magnitude of the event. “The show is also about family. It is about amazing and surprising people and instilling a bit of mystery in their lives, making them believe the impossible even for just an hour and a half,” said Adam. “It takes up to two years to create an illusion, from concept to development to rehearsals to lighting and theatrical sound to costuming,” Adam explained of the intricacy of staging an effective illusion which creates a lasting impact on the audience. Illusion, like music and dance, is an art form. It is an art of distorting reality using psychological and physical means whose result instils mystery. It is not something supernatural, according to Adam. Comedy and audience participation would be part of the show “because we love to laugh a lot. We want the audience to be happy and this is something we value as brother and sister,” said Selina. Adam and Selina have amazed millions of people with their spectacular sell-out shows around the world including Australia, throughout Europe, Asia, Canada and the USA including Las Vegas. They have been grand finalists in Australia’s Got Talent and headlined The Greatest Outdoor Show on Earth recently. The duo have also garnered accolades including Magic Slam Champions in 2008 and Magicians of the Year in 2006, 2007 and 2010. Adam and Selina will be staging twice daily shows, one at 7pm and another at 10pm, from tomorrow until Saturday at the QNCC. http://thepeninsulaqatar.com/news/qatar/262188/siblings-ready-to-mystify-doha-crowds