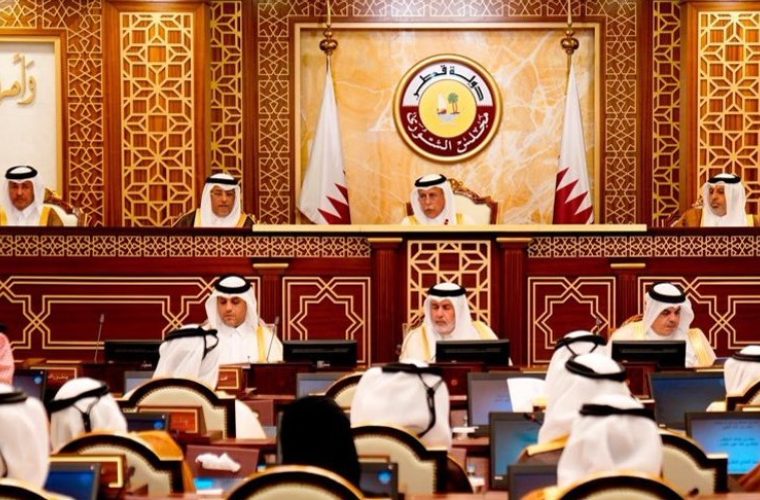 After discussing the two reports, the Council approved the two aforementioned draft laws as received from the esteemed government.

At the outset of the meeting, the Council discussed a draft law on combating conflict of interest.

The draft law includes 5 chapters and 29 articles, and according to its provisions, the employee must arrange his personal affairs and interests in a manner that prevents any conflict with the public interest or with the duties or responsibilities of his position or job. The draft law specifies cases of conflict of interest and mechanisms for combating conflict of interest, as well as penalties for anyone who violates its provisions.

After discussion, the Shura Council decided to refer the aforementioned draft law to the Legal and Legislative Affairs Committee for study and to submit a report thereon to the Council.

Draft law on the protection of trademarks, copyright and rights related to FIFA

The Council reviewed the report of the Legal and Legislative Affairs Committee on a draft law on the protection of trademarks, copyright and rights related to the International Federation of Association Football (FIFA).

The draft law includes 12 articles, and its provisions require the registration of FIFA trademarks, and the deposit of works and audio recordings, performances of performers and FIFA radio programmes with Intellectual Property Protection Department at the Ministry of Commerce and Industry, and specify the procedures to be taken regarding the registration.

H.E. the Speaker of the Shura Council briefed the Council on the ongoing preparations for the opening of the United Nations Office of Counter-Terrorism (UNOCT) Programme Office which is concerned with parliamentary engagement in preventing and combating terrorism, which will be inaugurated on Wednesday in Doha with the participation of a number of senior parliamentarians in the world and senior officials of the United Nations.