Should laborers rejoice now that an ILO office was recently opened in Doha? 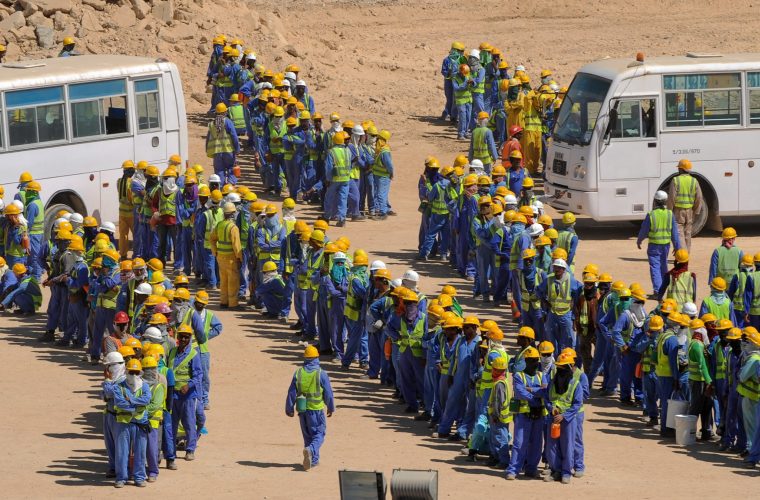 Since May 1 (today) is globally-celebrated as 'International Worker's Day,' we're rewarding Doha's mighty laborers something to look forward to in the coming weeks.

According to labor experts, Qatar could agree a deal within a fortnight to abolish its controversial exit visa system, which requires workers to obtain their employers' permission to leave the country, The Economic Times reported.

The possibility of a landmark deal came as the International Labour Organization (ILO) opened their first office in Doha on Sunday (April 29), as part of an agreement under which the United Nations (UN) agency will oversee wholesale labor reform by the 2022 World Cup host.

Minister of Administrative Development, Labor and Social Affairs, HE Dr Issa bin Saad Al Jafali Al Nuaimi said “Qatar welcomes the opening of this office and there is no doubt that it is another step in Qatar's path to apply a system that simulates the best global systems,” reported The Peninsula.

"We are looking now about the final details of the exit visa, we expect a deal within the next two weeks," said the general secretary of the International Trade Union Confederation and a once-vocal critic of Qatar's labour laws Sharan Burrow.

Al Nuaimi added that the inauguration of the ILO office is a culmination of Qatar's ongoing efforts to secure a decent life and work for expatriate labor and works on achieving a comprehensive system for employers and labors around Qatar.

According to Qatar Tribune, the technical agreement between the ILO and the UN focuses on five areas namely:

Other sources with knowledge of negotiations on the issue confirmed a deal was expected to be announced soon.

So did this news brighten up your non-holiday May Day 2018? What do you think would happen once the law to forbid the use of exit permit gets approved? Drop us a line in the comment section below and don't forget to like and share this article -- it keeps us going!