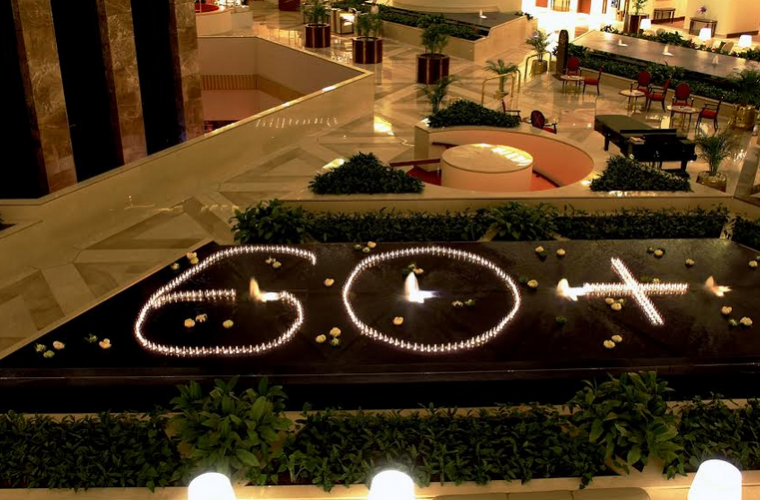 Sheraton Grand Doha Resort & Convention Hotel went dark to shine the light on climate change with Earth Hour 2016. The hotel joined millions around the world in turning off lights for one hour on March 19 at 8:30 p.m. local time to illuminate a powerful message about environmental awareness and action.

The theme of the 2016 Earth Hour celebration focuses on climate change following a successful United Nation's COP21 conference in Paris. The annual global environmental awareness event was created and instituted by the World Wildlife Fund (WWF) in 2007 to emphasize the threat of global warming and the need to reduce carbon emissions.

Sheraton Grand Doha Resort & Convention Hotel participated in Earth Hour through a list of activities to include, a candlelight blissful Earth Hour yoga, which was held at the Resort Garden area.

Also, the hotel has encouraged the employees to enter a competition to share innovative ideas and solutions on how energy can be managed in various departments, where 3 lucky winners walked back home with valuable gifts.

“It’s a privilege for us to support such a powerful movement with such a simple gesture,” said Nick Heath - Complex General Manager of Sheraton Grand Doha Resort & Convention Hotel.

He continued, “Earth Hour reflects a philosophy we try to practice year-round that we all must do our part and together we can make a big difference. Climate change affects everyone and it also has an impact on the continued success of our business.”