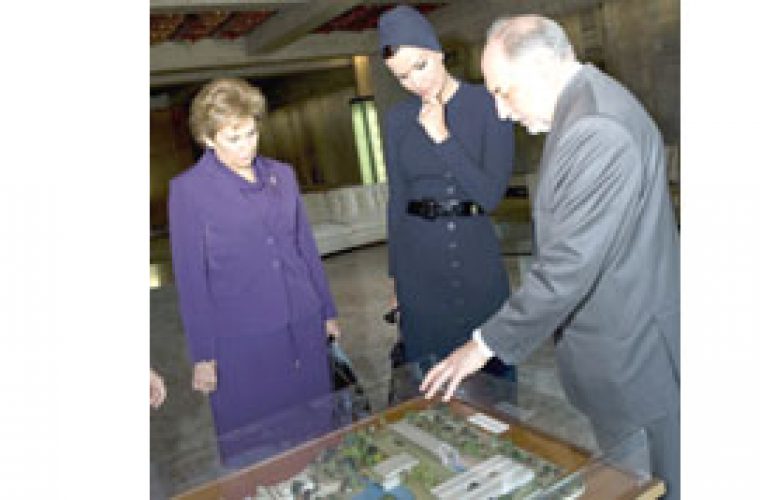 HH Sheikha Mozah Nasser al-Misnad, accompanied by the wife of the Portuguese President Maria Cavaco Silva, yesterday visited the Calouste Gulbenkian Foundation in the Portuguese Capital, Lisbon. Sheikha Mozah and the Portuguese president’s wife were briefed about the rare art objects, collected in the beginning of the last century, and the Foundation’s various departments, which include an education centre and the Modern Art Centre as well as auditoriums and exhibition halls. Sheikha Mozah toured the Foundation where she was briefed about the Art Library, the Fine Arts Center and the Music Department. The Calouste Gulbenkian Foundation is a Portuguese private foundation of public utility whose statutory aims are in the fields of arts, charity, education, and science. It was created by a clause in the will of Calouste Sarkis Gulbenkian, a petrol magnate of Armenian origin. Sheikha Mozah also visited Lisbon Cathedral, the oldest church in the city, which was built by King Afonso Henriques in 1147. The Cathedral’s building has been modified several times and survived many earthquakes. It is nowadays a mix of different architectural styles. Sheikha Mozah toured the cathedral and was briefed about its ancient history and its unique sculpture drawings and architecture. http://gulf-times.com/site/topics/article.asp?cu_no=2&item_no=286168&version=1&template_id=36&parent_id=16