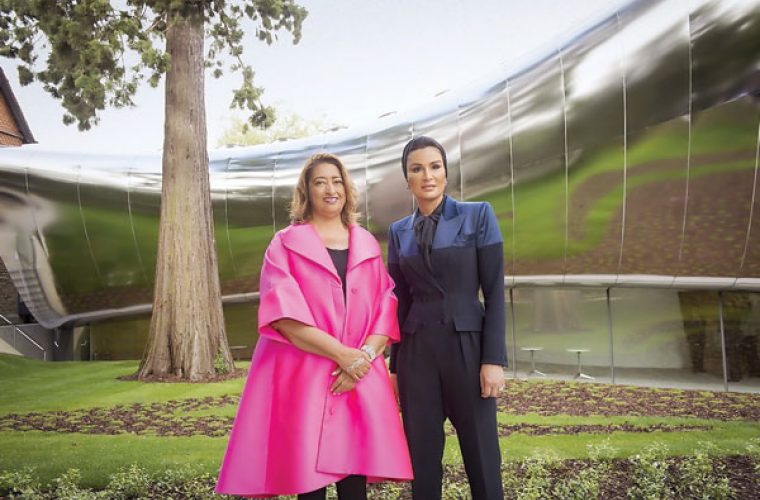 She spoke about the current relationship between the Middle East and Europe and the growing “fear of real, living Muslims” in Europe and contrasted it with Europe’s curiosity and “respect for the vast and rich architectural, philosophical and historical traditions” of Islam.

She said “Muslim-phobia” had devalued Muslims’ lives in Europe and America and highlighted the double standard in applying principles of free speech, human rights and dignity.

“Why do Muslims lives matter less than the lives of others? If they matter at all.”

She also raised the issue of the use of language in analysing the rise of militancy. “The word ‘medieval’ is appearing more and more to describe actions of radicals. But why do we insinuate that somehow those perpetuating certain acts of violence do not belong to our age? That somehow they are not ‘modern’? It is a naive refusal to accept our collective responsibility. ISIS is as modern as Guantanamo and Abu Ghraib. They are all products of our age.”

Her diagnosis was directed towards the growth of Muslim-phobia in Europe and Muslim countries which practise a type of “Islamophobia from within” by creating fear and suspicion of all things Islamic to solidify the existing grip on power”.

She connected “Islamophobia from within” to the vestiges of colonisation and the suppression of the Arab Spring. “It is evident that colonisation leaves behind deep material, political, cultural and psychological scars and gaping wounds. Debate is needed. Violent repression is not. Could this be a reason why we, as Muslims, have lost confidence in our ability to apply universal and eternal Islamic values to our living traditions?”

Sheikha Moza presented a challenge to academics to reach out beyond academia and communicate their research more widely to counteract sensationalist narratives of mainstream media.

Arguing that “academia should serve society, not only observe and comment upon it,” she said Muslims have a responsibility to demonstrate that “Islam is a rich, living moral tradition that can offer solutions to universal challenges”.

She cited the work being done at Qatar Faculty of Islamic Studies in the application of Islamic values and ethics to global problems.

She advised young Muslims that “we should not only look back to history for the glory that was Islam but to the future and to the glory that is Islam. We should be inspired not only by historical values, but by eternal ones.”

On arrival, she toured the centre, accompanied by architect Dame Zaha Hadid, to have a first-hand look at rooms and facilities. QNA