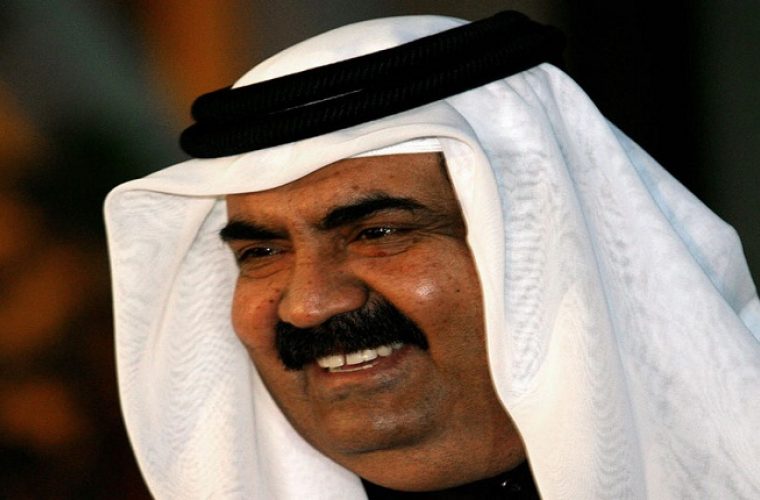 By handing over power to the next generation in a peaceful way, H H Sheikh Hamad bin Khalifa Al Thani, has sent a strong message to the Arab world where the desperation of some old and ageing leaders to cling to power has led to bloodshed and revolutions. Sheikh Hamad has created history by stepping down as Emir at the peak of the country’s prosperity for which he alone can take the credit. His action is being viewed as exemplary, especially as Qatar remains the world’s richest country and entirely unaffected by Arab Spring. The people love him. There is speculation in the local social media how Sheikh Hamad’s action would actually influence the course of events in the turbulent Arab world. From a little-known Emirate, Sheikh Hamad put Qatar on the world map by his multi-pronged and visionary strategy of leading the country to economic success and pursuing a foreign policy based on friendship and peace. Sheikh Hamad has come in for immense praise from his people for stressing in his public address yesterday morning that he had assumed power in 1995 not for personal interest but to guide the country to progress and prosperity. No doubt the country’s economy has expanded 25-fold during his tenure as Emir from 1995 until now, from QR30bn to QR734bn. Sheikh Hamad’s tenure as Qatar’s ruler will always be remembered for a number of fetes, especially for larger state budgets, budget surpluses, high public spending on infrastructure development and, above all, for improving the living standards of the people. From 2001 until now Qatar has been witnessing budgetary surpluses which have enabled the country to spend massively on development and improving the lives of its people, aside from setting aside funds for investment. The state budget that was recently unveiled for the current fiscal (2013-14) has been the largest in the country’s history where some $58bn (seven times the economy of the country in 1995) has been earmarked for development spending alone. The surplus estimated is QR7.4bn but the actual surplus is likely to be much more since the budget is based on an oil price of $65 per barrel whereas the average crude rate is expected to be in a higher band in the financial year. The country’s per capita income was just about $16,000 in 1995 when he took over and it was more than $100,000 ($105,000) when he stepped down. “There are some leaders in the Arab world who are ageing and not feeling well and yet they are clinging to power. Then, there are those who are killing their people to remain in power,” said a Qatari not wanting his name in print. “And, here we have a leader who thinks about his country and its people, not about himself,” the Qatari added. There are some leaders in the Arab world who are old and feeble. They are ailing and can’t even walk. They are tyrannical. “But they are desperate to remain glued to power,” said an analyst requesting anonymity. By stepping aside Sheikh Hamad has sent a strong message to them, he added. “In this part of the world, family rule is the tradition. The transition in Qatar has been so peaceful.” Sheikh Hamad’s rule will be remembered for a number of reforms he presided over starting from the time he assumed power in 1995. He abandoned the ministry of information and lifted press censorship in that very year and four years later, declared the first-ever battle of ballots in the form of Central Municipal Council elections (in 1999). A visionary, Sheikh Hamad promulgated a permanent constitution that guarantees basic rights and freedoms to the people. He worked relentlessly to improve the stock of women in a largely conservative and male-dominated Qatari society. Women’s empowerment has been the buzzword of his tenure as Emir. It was during his rule that a woman was inducted into the Qatari Cabinet — a first in the entire GCC region. H H Sheikh Hamad bin Khalifa Al Thani pursued a foreign policy that made Qatar a brand internationally. There is speculation that Sheikh Hamad bin Khalifa Al Thani has handed over power to his son due to bad health. But the speculation has been rejected as this is not true. Global media has raised the issue of his health in the past as well, but there is no vestige of truth in it, sources say. There is also speculation that the current State Cabinet would be dissolved and a new Cabinet would soon be announced. Analysts, however, say they don’t see any changes in Qatar’s foreign policy and the new Emir’s emphasis will be on domestic issues. Sheikh Tamim bin Hamad Al Thani has been actively involved in issues that matter to the nation both domestically and at the international level as Heir Apparent and Deputy Emir Source:Qatar chronicle