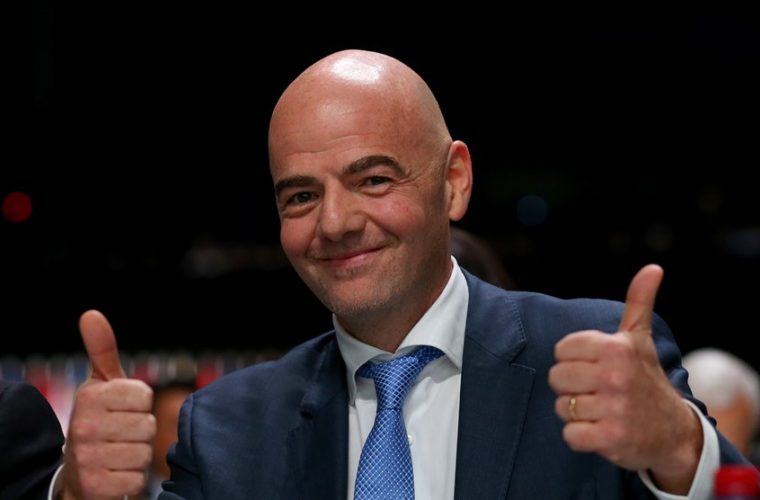 "Maybe football is a way to build bridges," Infantino says in an interview with The Guardian, marking four years to the start of the next World Cup in Qatar on 21 November 2022. However, Infantino acknowledged the chances of it happening are minimal, but emphasised his belief that football can help to heal political hostilities which led last year to Saudi Arabia, the United Arab Emirates, Bahrain and Egypt enforcing an economic blockade against Qatar.

"We have seen as well with the bidding for 2026, the right to organise the World Cup was awarded to three countries (USA, Canada and Mexico) which I think also don't have the very best political or diplomatic relationships. But football makes miracles, as we know."

“Obviously the relationship with [Qatar’s] neighbouring countries is a factor which is complicating the situation; on the other [hand], even though there are complicated or difficult diplomatic relations, when it comes to football people talk to each other,” Infantino said.

Infantino also pointed out that in spite of the the blockade Qatari teams were still playing football in Asian Football Confederation competitions against teams from the other countries in the Gulf and wider Middle East. As he notes:

“Be positive about it: we can do something for the world – and for football. It could happen, anything could happen. Let’s take it step by step. Yes, maybe the chances are small but I am a very optimistic person generally, so we will see the situation.”

Qatar was awarded the right to host the 2022 FIFA World Cup™ on 2 December 2010.
Soon after, Qatar established the Supreme Committee for Delivery & Legacy (SC) in 20111 to deliver the required infrastructure. Around $8bn-$10bn involves in the construction of seven entirely new stadiums and one reconfigured stadium.