Shanghai Club: An authentic Chinese experience for your tastebuds 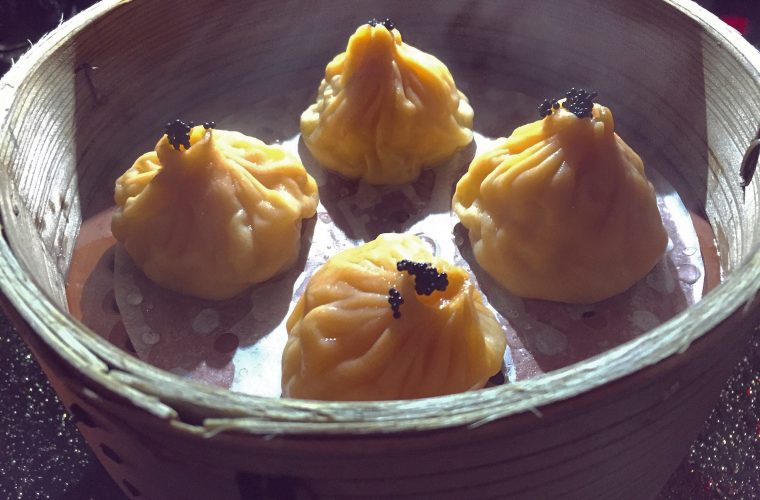 China is the new and hot trending subject in Doha these days. Maybe it’s because of the Qatar-China Year of Culture and all the wonderful joint cultural events taking place, but the best part about this international relationship is the delightful food.

If you’re looking for some real - straight out of China - Chinese food, then you should check out Shangri-La’s new restaurant, the Shanghai Club.

Located on the 43rd floor, with a breathtaking view of Doha’s downtown and Westbay area, the Shanghai Club exudes an air of sophistication, but their food transports you to a warm and welcoming Chinese dinner table.

We also tried the Yusheng, which is a Chinese-style sashimi salad mixed with salmon and seared tuna. There’s a unique performance that takes place where the waiter or waitress pours various sauces (soya, spicy wasabi, etc.) and adds peanuts and sesame seeds on the salad, which is organized in separate portions on a plate with the sashimi in the middle. When the sauces are poured everyone at the table has to participate in mixing the salad together. The higher you mix or toss, the more likely it is for a wish of yours to come true, but you have to say your wish out loud and clear while mixing. The dish was refreshing and light and the sashimi tasted delicious, particularly with the addition of the salad and the different sauces.

We also had a small hot dish called the Shanghai club sauna prawns. Garlic and chives are rubbed on the prawns, which are cooked on a lava stone. It’s served sizzling hot. The prawns were very juicy and tender, but the dark soy based sauce that accompanied the prawns was a little on the salty side. The combination was aromatic and flavorful, and would taste awesome with a side of rice!

The Xiao Long Bao are baskets of steamed buns with different fillings. We tried the crab and tobiko, it was served in a bamboo basket. To enjoy the dish, you have to dip the bun into a ginger soy vinaigrette first, then place it on your spoon. Poke a hole to release the juice from the bun and drink the juice, then eat the dumpling. You’ll find a flavorful juice and tender crab meat inside.

Shanghai Club’s dim sum was a delight! We had their "In the box” Australian lobster dumpling with salmon roe, the pan fried dumplings with wagyu and foie gras filling, the “Shangri-La honey” baked parcels of red ginger and chicken, and the Shanghai Club wild mushrooms and asparagus hand bags.

The “In the box” dumplings’ had juicy and tender lobster filling, recommended for those who love seafood dim sum! The dumplings with wagyu and foie gras filling was also very rich in flavor, wagyu is always a good idea! The red ginger and chicken was a sweeter version of dim sum, I personally prefer savory or spicy, but for those with sweet palates this is a definite must-try! The mushroom and asparagus were so cutely presented! They’re essentially made of pastry puffs and have mushroom and asparagus filling. The mushroom had a rich umami flavor.

For the main food attraction of the night we had Shanghai Club’s twice cooked beef short ribs with cucumber salad, the Shanghai Club Boston lobster mapo tofu, the Kung Pao chicken with Sichuan peppers, cashew nuts and chili sauce, the sizzling prawns with onions and pickled chili, and their hot stone sizzling prawn fried rice as an accompaniment.

The beef short ribs was served on a big rib bone with thin slices of meat placed on top. Because it was “twice cooked” the meat was super tender, very well spiced and flavored, and simply delicious. The cucumber salad that accompanied the dish was a wonderful and refreshing complement to the meaty flavor of the ribs.

The lobster mapo tofu had large chunks of lobster pieces with tofu mixed in a chili and bean paste sauce. Despite the redness of the sauce, the dish wasn’t spicy. It went well with the fried rice that we had as an accompaniment for the saucy dishes. The rice was a little crunchy at the bottom, but it was a nice touch. The only thing lacking from the fried rice was scrambled egg, which is a basic and standard component of fried rice across the board.

The Kung Pao chicken was aromatic and flavorful, although it wasn’t too spicy either, the peppers were.

Chinese-style prawn dishes are always a hit. The sizzling prawns were sumptuous and juicy, and the pickled chili added an interesting and unique flavor.

To top off all the delectable food, to satiate our sweet tooth we had their black sesame panna cotta with pumpkin. The texture was quite interesting; the black sesame added a little surprise to the creamy texture of the overall dessert. In a good way, of course. The dish sounds strange but it’s must try as it tasted fantastic, and is quite unique!

Would we go back to Shanghai Club? Definitely.

Have you tried it? What did you think? Comment below!