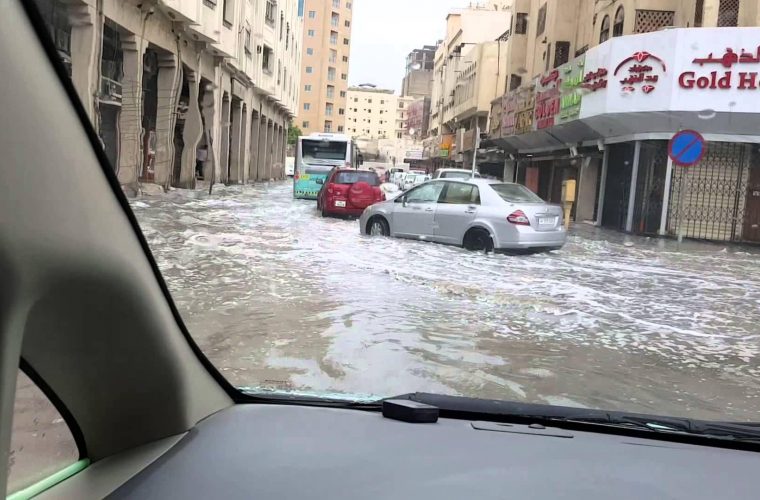 The Ministry of Interior (MOI) has warned earlier today (October 20) that heavy rainfall in different parts of the country is likely. It was followed by a reminder for motorists to exercise extra caution when in the roads of Qatar.

Around 10 in the morning, the MOI has posted a new update saying that medium to heavy thundery rain are reported in the capital and other parts of the country.

"Visibility is low in Shamal area due to wind accompanied by thunderstorms. Motorists are urged to take necessary precautions. Have a safe drive and a great day."

Come 11:15 AM, thunder and lightning started blanketing most parts of the country, prompting scare among residents with some of them hitting social media to post the latest updates on the ongoing weather condition in Qatar.

The Qatar Meteorology Department says on Twitter: "Cloudy skies with scattered thunderstorms especially in Doha and eastern and northern coasts accompanied with strong wind at times. Please be careful and avoid any marine activities."

With the unexpected amount of rainfall battering the least prone country in the world in terms of natural calamities and disasters, many people are preparing for the worst that could happen and one of the first thing that comes to mind is severe flooding.

The showers have led to waterlogging in several areas, with flash floods wreaking havoc on some roads. Heavy downpours caused some of the popular malls, though there are no reports yet of disclosure at the time of writing this article. Many shop and restaurant personnel had a hard time clearing water from the outlets using wipers and mops.

Some apartment buildings on the Pearl Qatar, as well as major municipalities in Doha suffered flooding right after heavy rain and hailstones poured at around noon-time.

Meanwhile, Ashghal and Ministry of Municipality and Environment (MME) said teams were dispatched to clear waterlogging.

Emergency vehicles were deployed on major routes to remove some of the standing water. MME had earlier posted emergency phone numbers of all municipalities on its social media accounts for requests for clearing water which you can check out here:

Gas-rich Qatar is spending more than $200 billion on major infrastructure such as roads, the airport, a soon-to-open metro system, and a new city ahead of the 2022 World Cup.

The sky is slowly clearing as of 2:00 PM today but once further updates come, you'll hear them here FIRST for sure!

How did the flooding affect your Saturday? Drop us a line in the comments and also, don't forget to like and share this article—it keeps us going!