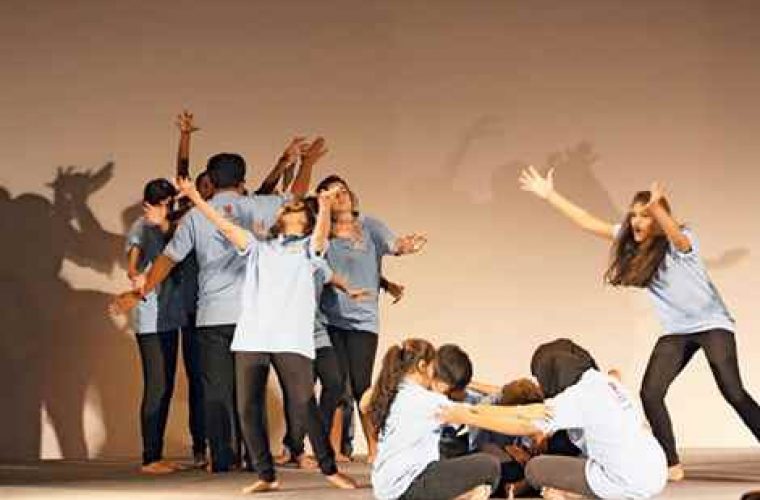 Seven schools from Qatar, Egypt, Saudi Arabia and Bahrain recently participated at the British Schools in the Middle East (BSME) Performing Arts festival hosted by Doha College. This annual event aims to unite drama, music and dance to create a collaborative piece of work where every student is challenged in their discipline. The 83 students were just given 48 hours to produce a final performance of Shakespeare’s Macbeth. Apart from teaching staff, Doha College also invited three professional actors and musicians to share their experience and support these young actors in following their dream. Josh Sneesby, Phill Langhorne and Adam Baum, who are currently working in London, led students and staff though various workshops. “The whole experience exceeded my expectations. The focus was excellent, the staff had truly involved the students and the level of inclusivity was impressive. The pin drop moment at the end of the show was memorable and then the whole cast involved in the Macbeth rap truly rounded off the weekend,” said Baum. As well as working with the talented actors, the students gained friends and inspiration from their busy weekend. “I feel rejuvenated and inspired by the talent and hard work of the pupils that attended the weekend. My students were buzzing from their experience and have arranged a special assembly to show their scene to the rest of the school,” said Gill Milne of Dukhan School. Yvonne Drummond of the British International School of Al Khobar said: “This was a fantastic weekend, my students gained so much. Prior to this they didn’t realise that they could make friends outside their peer group now they can’t stop talking about the great friends they made.” Mark Leppard, Principal of Doha College, said: “This is a wonderful event which unites British schools across the Middle East, the value of this collaboration can never be underestimated and I was amazed at what the students achieved in just under 48 hours.” Source: Qatar Chronicle