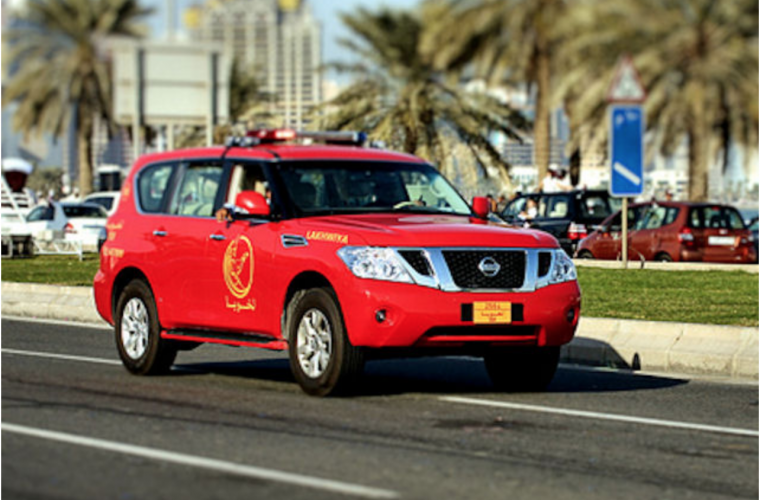 In the coming weeks, Qatar's sporting calendar will be packed with a number of major sporting events. The World Athletics Championships, the third largest in the world, will be held for the first time in the Middle East at the end of this September. The Organizing Committee has set all preparations, and equipped trained staff to play a large role to ensure its success and confirm the leadership and sovereignty of Qatar in all areas. The Committee is also keen to create a safe atmosphere for all.

The Security Committee is one of the units of the organizing committee of the championship whose mission is to secure the stadiums and sports facilities on which the athletics competitions are held. Many units operate under the umbrella of the Security Committee, which is composed of various departments of the Ministry of Interior, including the General Directorate of Traffic, Department of Processions at Lekhwiya, Technical, Telecommunication and Security Systems Units, communications and other departments in the country. The National Command Center (NCC) and the Media Unit, represented by the Public Relations Department, also participate in the security committee.

After the London Championship, periodic meetings were held and coordination between the committees started as a team to formulate an integrated plan that ensures the success of the tournament in various asepcts reflecting the progress and development witnessed by the State of Qatar.

It is expected to participate as many as three thousand six hundred and fifty athletes, from almost two hundred countries in addition to two thousand and five hundred media to cover the events of the championships in various global and local media.

The Security Committee has fully prepared for this event and is ready to secure the sports facilities where events are held as well as the security of hotels where participating delegations would stay. A comprehensive security plan has been prepared for the championship to ensure the success of this major event, in accordance with the reputation of the State of Qatar.

The tasks of the security committee have been placed according to an action plan that includes supervision of all aspects of security, most notably the road and transport security related to the stadiums where the tournament will be held including Khalifa International Stadium, training stadiums in Qatar Sports Club in addition to hotels and all surrounding areas.

He added: “The Ministry of Interior and the Lekhwiya Force have local expertise that have worked for long periods in accord during the local and international championships that were held in Qatar.

Captain Mubarak Bilal Al-Ali said that the Security Committee had sought all the security means, which includes field tours on the facilities of the championship in addition to drawing plans for roads and transport and the adoption of major roads and alternative ways to facilitate traffic for participating teams, citizens and residents.

The committee has been keen to observe the instructions of International Association of Athletics Federation (IAAF) to strengthen the security of stadiums with sufficient human elements around the stadium to provide security and safety without obstructing the spectators and the public as usual in all world championships. The committee has put plans in accordance with the laws of international tournaments, which include providing emergency exits and fire extinguishing systems and easy public access to the galleries and prevent the entry of internationally prohibited items inside the stadium.

Captain Mubarak Al Ali pointed out that there are three sites to be covered importantly by the security personnel for this tournament: Khalifa International Stadium, the main stadium for a number of games, and the Doha Corniche, where marathons and walking races are held. There are five races in ten days, starting on September 27, the first race for women seven kilometers and three races in the walking, and the main race for the men's marathon. The third place is Qatar Sports Club, which has been dedicated to the training of players participating in the tournament.

Among the races witnessed in the world championship, is the night marathon at Doha Corniche, which will be held at night for the first time in the world. Since its is held in the midnight it needs special equipment, lighting and other arrangements.

The head of the security committee said that a media plan has been developed for the security committee to educate everyone including tournament participants, organizers, players and the public, in addition to citizens and residents. Various media channels and social media have a major role to play in making the tournament a success. It is also important for the public to be aware of the traffic in major roads that lead to stadium and hotels. The media unit of the committee will communicate with the public and urge them to cooperate with the organizing committee.

Regarding the impact of the tournament on the residents of the areas near the tournament sites, Captain Mubarak Al-Ali said that there is no impact, especially near Khalifa International Stadium. Things will be normal for those who live in those places, and there is nothing hindering their entry or exit to their work.

There will be special systems that work in the stadiums in order to maintain security and safety that everyone should follow and adhere to. It requires everyone's cooperation. He urged to visit the official website of the tournament for entry details as well as other organizational information. He also advised the public to follow the instructions of the security men inside the stadium and not to impede the movement of others or obscure their vision and enjoy the competitions.