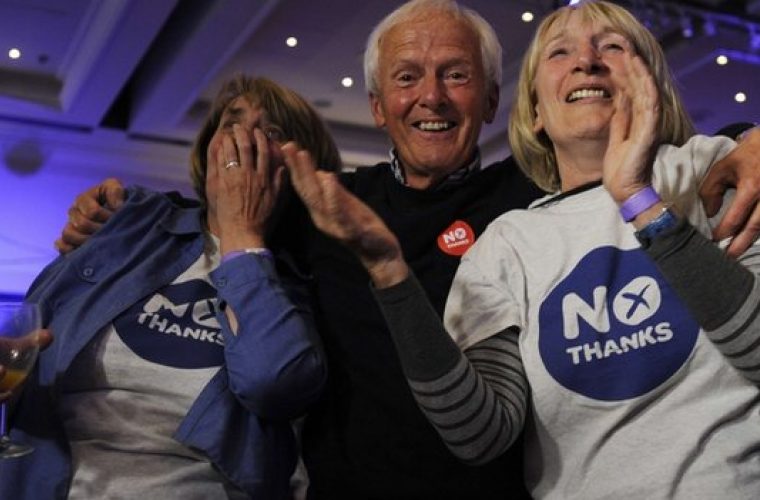 Scotland has voted to stay in the United Kingdom after voters decisively rejected independence.

The vote is the culmination of a two-year campaign. Talks will now begin on devolving more powers to Scotland.

He said: "It is important to say that our referendum was an agreed and consented process and Scotland has by a majority decided not at this stage to become an independent country.

Mr Salmond called on the main unionist parties to make good on their promises of greater powers being devolved to the Scottish Parliament.

This margin of victory for the Better Together campaign is greater than that anticipated by the final opinion polls.

Glasgow, Scotland's largest council area and the third largest city in Britain, voted in favour of independence by 194,779 to 169,347, with Dundee, West Dunbartonshire and North Lanarkshire also voting "Yes".

But Edinburgh, the nation's capital, rejected independence by 194,638 to 123,927, while Aberdeen City voted "No" by a margin of more than 20,000 votes. There have also been big wins for the pro-UK campaign in many other areas.

Prime Minister David Cameron said: "I've spoken to Alistair Darling (head of the pro-UK Better Together campaign) - and congratulated him on a well-fought campaign."

Mr Cameron is expected to respond to Scotland's decision in a live televised address following the final result.