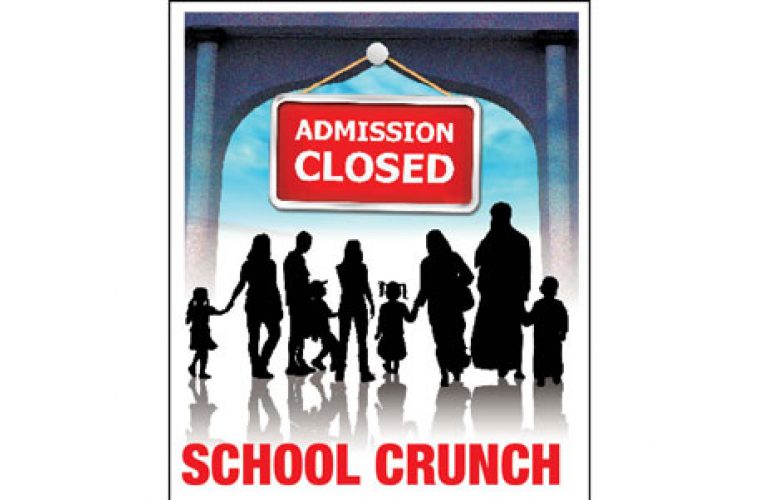 Expatriate families have been growing in number literally by the day as immense job opportunities are being created by projects linked to the FIFA 2022 event, but for many of these families ensuring their children’s schooling amid a severe shortage of schools is an uphill task.

The Egyptian community, an estimated 70,000 strong, probably faces the worst predicament of all as the two Egyptian schools in Doha cannot take in more than a limited number of students.

The situation, therefore, is such that hundreds, if not thousands, of Egyptian families are forced to teach their children at home.

The Egyptian embassy in Doha, at the end of an academic year, conducts examinations for these home-tutored students based on the grades they have studied for.

There are two Egyptian schools in Qatar. One of them, Egypt Language School, is run by the Egyptian embassy. According to community sources, the school currently has a waiting list of 2,800 for enrolment to various grades.

“This is almost the strength of the school,” said a source familiar with the problems the school has been facing. Contacted for comment, the principal of the school, Dr Ahmed El Gabbari, confirmed the school had a long waiting list for enrolment.

Community sources said the school, despite the increasing population of Egyptians, many of whom are coming over with their families, has not been able to expand its infrastructure to cope with growing demand.

“The school is the same that it was when opened in 1989,” said the source. El Gabbari would only confirm there has been no expansion.

The other Egyptian school (it follows Egyptian curriculum) is private, and has limited seats. “We need many more schools for the community,” said the source, bemoaning that no new schools were being set up.

But now other community schools, facing pressure from their own communities, coupled with official restrictions, have stopped the practice.

The Sudanese community, which is estimated to be 40,000 strong, has just one school, which is run by the country’s embassy.

The school is old and has two levels of education: Basic (from grades 1 to eight), and three Secondary grades (nine to 11).

“We have immense pressure,” said the principal of the school, Faisal Kambaal. There are on average 50 students in a class and, according to reliable sources, education sector regulator, the Supreme Education Council, ignores this flagrant breach of its rules considering the fact that there is just one school for the entire Sudanese community.

The school has a science stream at the secondary level but no laboratory due to scarce space and lack of funds. It has seen hardly any expansion due to the above reasons.

According to sources, the Sudanese community did try to open another school to cater to its increasing needs but the effort didn’t bear fruit.

The average annual fee at the existing school is QR8,000 — a sum middle-income Sudanese families can easily afford, but enrolment being a problem, many families look elsewhere to get a place for their schoolgoing children.

Many Sudanese students study in other community schools, including Indian schools, but enrolling in those schools is difficult these days.

The Filipino community in Qatar is, arguably, the third largest after Indians and Nepalese. They have just three schools, leaving the community struggling to ensure schooling for their children in Philippine curriculum schools.

One of the schools, the most popular of the three, the Philippine School Doha (PSD), said it already has a waiting list of 300 for the new academic year that starts in June.

The other schools are also facing admission pressure.

But few are coming up even as the country’s population has breached the two million-mark.

An education sector source said that if corrective measures are not taken and new private schools are not set up, foreign workers, especially professionals, might hesitate to come over to take up jobs.