School bus crashes with car and pickup; no students hurt 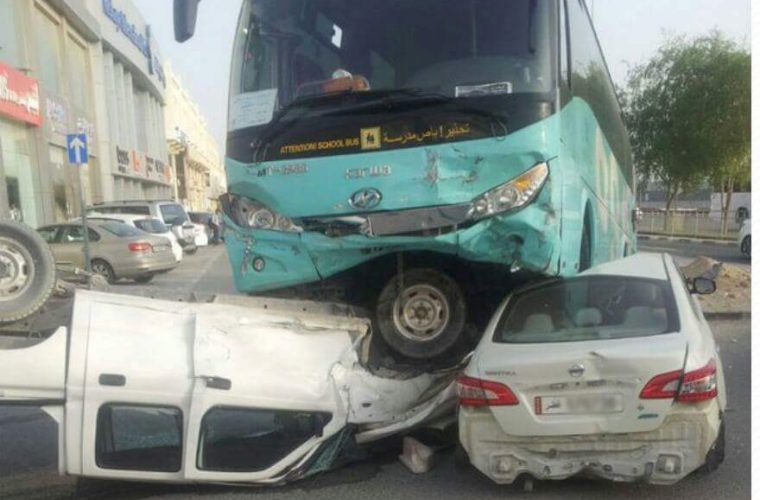 A school bus was involved in a three-way collision with a pickup truck and a car in the morning. As the school bus was on its way to pick up students from their homes, no one was hurt in the mishap. This was tweeted by the Ministry of Education and Higher Education.

The ministry in its tweet said that “the bus of Al Wafaa Model School for Boys met with an accident and as there was only the driver and the assistant no student was involved in the incident.”

The driver and assistant were also not hurt. The status of other passengers from the pickup and car is not known.

The acident happened on the airport road.

Just four days back a four-year-old died and many injured in an accident involving the school van of Sarvodaya school. (Source)