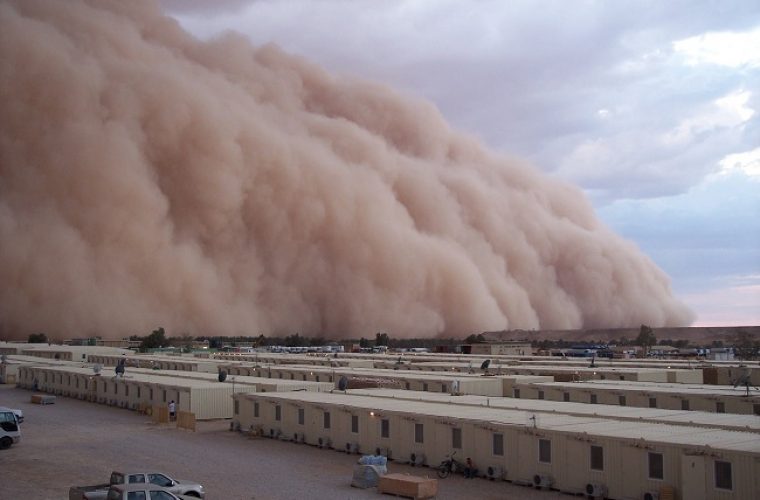 The sandstorms that lashed the country since Friday are expected to continue until Thursday, according to the Meteorology Department. However, the winds would be less intense and less dusty today and in the following days. “We expect to see more waves of northwesterly winds during this season-called Bawareh —which extends from the end of May until mid-July,” said Abdullah Al Mannai, head of forecast and analysis section at the Department yesterday. “The current wave is expected to prevail until Thursday, but the winds would be less intense and less dusty in the days to come. Our warning about high seas and low visibility is still in force,” he added. The prolonged dust winds have created havoc, causing a sudden surge in the number of visitors to the Emergency Department of the Hamad Medical Corporation and the Paediatric Emergency in Al Sadd. According to some reports, as high as 330 people were treated at the HMC emergency on Friday, most of whom were suffering from breathing and respiratory problems. The Paediatric Emergency received more than 200 cases on the same day with similar problems. Dr Khalid Al Ansari, Director of the Paediatric Emergency has advised families not to expose children to the dusty weather, especially the newborns. People suffering from allergy and asthma have been advised to take special caution. Several road accidents have been reported from different parts of the country. The Ministry of Interior reported a multiple collision involving 10 cars on Al Khor coastal road on Friday due to poor visibility that dipped to near zero in some places. Wind speed reached 44 knots in some places Friday forcing the Ministry to advise people to avoid driving if it not necessary. “Drivers are advised to take maximum care as sand is spread over the roads due to strong winds, especially on highways. Avoid speeding, leave adequate space between vehicles and don’t overtake without ensuring safety,” the Ministry said on its Facebook page yesterday. “Visibility is low on Salwa road towards and from Abu Samra. Sand is spread around road shoulders,” it added. According to the weather forecast for today issued by the Meteorology Department, the northwesterly winds expected to blow at speeds ranging from 18-28/35 knots inshore and 22-30/ 40 knots offshore. Visibility could dip to 2km or less at times. Temperature would remain in the average levels during this period, hovering between 28 and 39 degrees Celsius today. Source : Qatar Chronicle