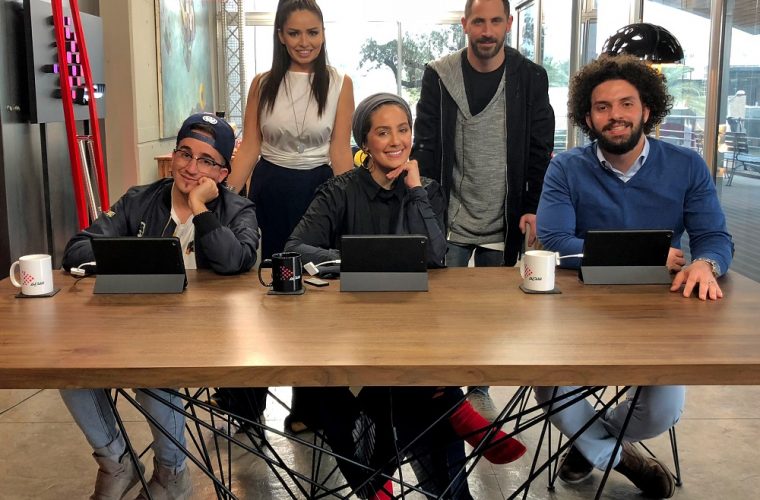 The biggest digital competition and series in the Arab world, 'Sadeem', is now live, with daily episodes on social media.

Targeted at “Generation Z”, Arabs aged between 15 and 25, Sadeem aims to create a network of young content creators from the Arab world who can realize their potential and achieve their dreams, while spreading a message of hope and positivity across their countries. Inspired by the competition’s panel of judges featuring Egypt’s rising motivational speaker Kareem Esmail, Algeria’s popular online satirist Youcef Zarouta, and Kuwait’s influential fashion blogger Ascia Al Faraj, contestants have the chance to build on their digital presence learning a lot from the judges’ special digital experiences.

The two star hosts of the series are Jordanian actress and YouTube celebrity Tima Shomali, and Lebanon’s king of velfies Issam Merheb.

“I’m excited that this game-changing digital series is finally starting! We’ve had spectacular applications from across the Arab world. Judging by the quality of applicants, the future of Arab content is in good hands”

“I believe this initiative will break new grounds in uniting the Arab region’s diverse digital media community towards creativity while supporting new formats of content creation. Nowadays, social media has been instrumental in delivering the vision of transforming our countries into an internationally recognized hub for business, leisure and sport. In line with this, I strongly feel that Sadeem will help identify Arab talents and content creators for social media platforms,”

Sadeem's top 20 Contestants will now lock horns in a series of challenges designed to develop their content creation skills, their ability to engage with their audience across multiple platforms and create compelling branded content. The grand finale will be held on May 12th 2018 to announce Sadeem’s winner.