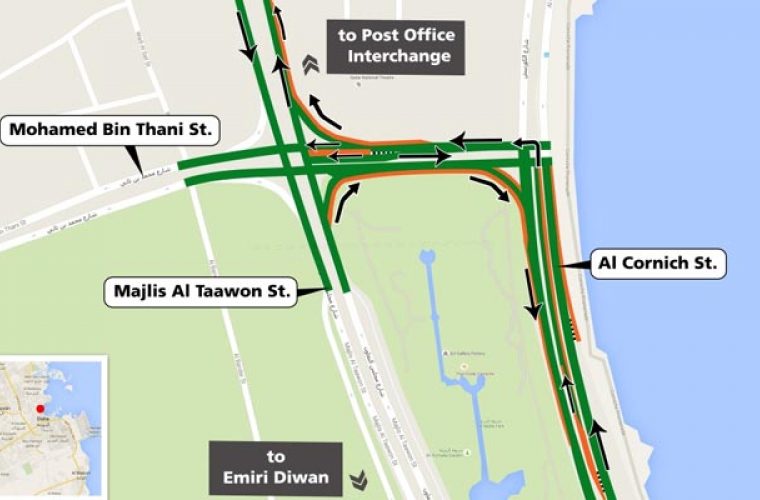 The Public Works Authority, Ashghal, has announced street expansion works for two and a half months in the Doha Corniche area, based on recommendations from the Traffic Congestions Committee.
There will be no closures on the main streets during this period, with most of the expansion works to be carried out on the central islands and street verges.
The works, which started on Tuesday, will include the construction of an additional lane on the left side of Al Corniche Street for a distance of 375m towards National Theatre Intersection, enabling vehicles to turn left towards Mohamed Bin Thani Street through three lanes instead of two.
The road is to be widened for a distance of 475m for those coming from Majlis Al Taawon Street right into Mohamed Bin Thani Street and heading right to Al Corniche Street, becoming two lanes instead of one.
An additional lane will be constructed on part of Mohamed Bin Thani Street heading right towards Majlis Al Taawon Street, becoming two lanes instead of one for a distance of 230m. This is in addition to a new lane on Mohamed Bin Thani Street, from its intersection with Majlis Al Taawon Street for a distance of about 50m.
Ashghal will install road signs to advise motorists of the road works. The authority has requested all road users to abide by the speed limits, and follow the road signs to ensure safety.