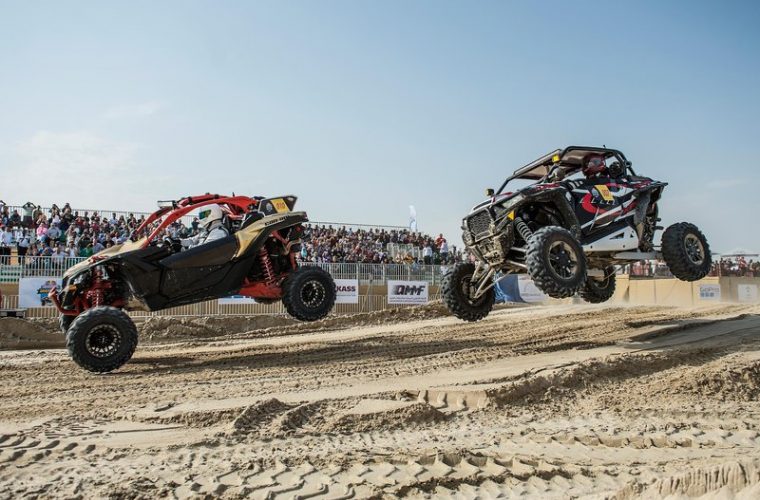 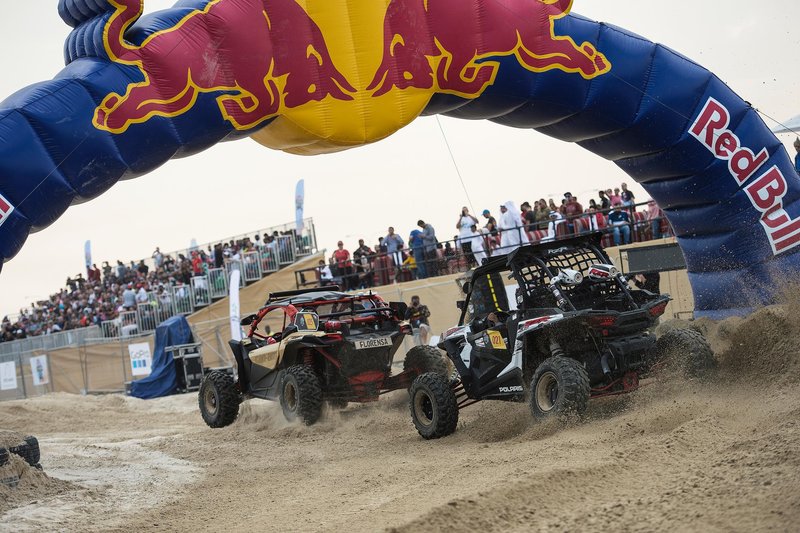 From decked out Range Rovers, to colourful, sponsored buggies, splashed with decals, the first edition of the Red Bull Qaher El T3ous buggy race was a nail-biter of speed, sand, and precision. Meaning ‘Conqueror of the Dunes’ Qaher El T3ous, this past Friday, March 3, 2017 saw the best national amateurs in the sport compete along a track that blends the best levels of fun with the most challenging levels of difficulty. Kind of like those two-player racing games you used to play back in the day!

As usual with Red Bull, the event was well-organized, drawing the crowds and building excitement. Entrance to the grandstand was free and attracted lots of people looking for a prime viewing spot for some weekend afternoon action. Those lucky to snag entry to the packed VIP area had their thirst quenched with litres of free Red Bull, while indulging in some awesome catering services, serving up everything from fresh juices to delicious desserts.

Visitors were also treated to a side event between race laps as Captain Mohammed Al Yafii showed off his para-motoring skills. And, to get the crowd pumped we have to give a big thumbs-up to the Red Bull DJ who spun some awesome English and Arabic tracks that got the crowd’s engines revved. 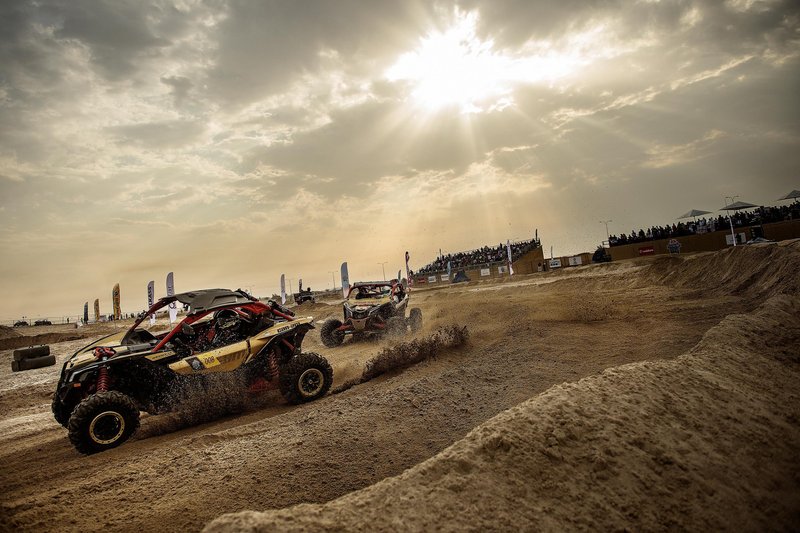 There are a total of 10 rounds at Qaher El T3ous, with 2 competitors in each round – including 16 young Qataris participating. So, if a certain driver wins one round, he gets to compete with another in round 2 – and on it goes until all participants have competed with each other and the judges must declare the winner. Which, this year saw Jassem Al Emadi take home the first place title, followed by runner-up Mubarak El Khulaifi, and Saad El Ooraini in third place.

From start to finish, the inaugural Red Bull Qaher El T3ous buggy race has set the bar for organized amateur off-road racing in Qatar. Will we see you on the dunes at next year’s tournament?

If you made it out to Sealine for a slice of the action, let us know what you thought of the inaugural Red Bull Qaher El T3ous event in the comments below. And, don’t forget to give us a like and a share – it keeps us going!