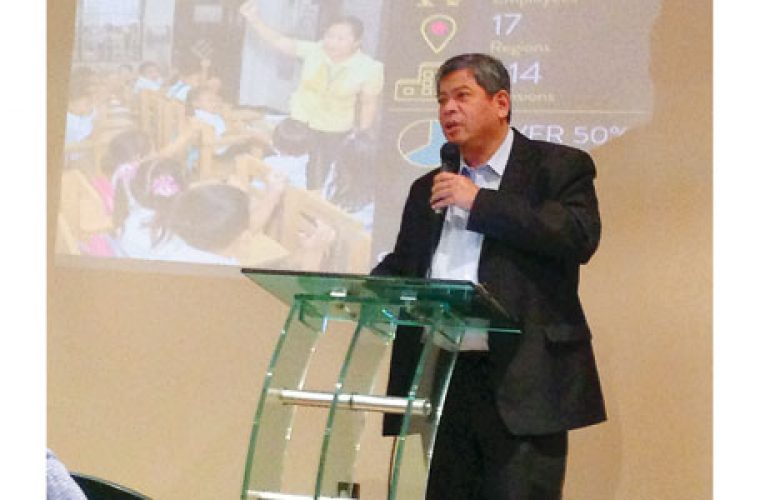 Rehabilitation and rebuilding of public schools ravaged by super typhoon Yolanda in the Philippines has already started, according to an official of the Philippine Department of Education (DepEd).

Mario A Deriquito, DepEd Undersecretary for Partnership and External Linkages, told Filipino community leaders here that they had waited for the close of the school year before they started rebuilding and rehabilitating classrooms either damaged or entirely destroyed by Yolanda.

Usec Deriquito is in Doha to participate at the Educate A Child meeting attended by education ministers and policy makers from 15 countries which have high number of out of school children.

Yolanda has left 2,313 classrooms totally damaged, 17,757 partially damaged in 2,990 schools in the four worst hit regions. It disrupted classes affecting almost 50,000 teachers and personnel and close to a million students, he said.

Rebuilding the schools comes with a total budget of 8.5bn pesos, he said, adding the most of the repair works should have been completed by June while construction of government schools classroom would have still been ongoing.

For the meantime makeshift classrooms such as tents and those made of indigenous materials would be used until about September or October when classroom construction would have been finished, he said.

Asked by community leaders on what help they can extend to the schools in the affected regions, he said schoolchildren need school supplies to encourage them to go back to school while teachers need supplies they need for teaching.

Over the long term DepEd have been doing some reforms in education, the centerpiece of which is the K-12, which adds mandatory kindergarten and two years senior school with the goal of producing graduates who are prepared either to enter the world of work, go into higher education or into business, he said.

To realise these reforms, the budget for education has almost been doubled, constructed 66, 813 classrooms and hired another 2,000 teachers.

“But then these reforms were interrupted by calamities especially last year, so we have special programs for those areas affected by the calamities to make sure education is continued to be delivered to Filipino children.”