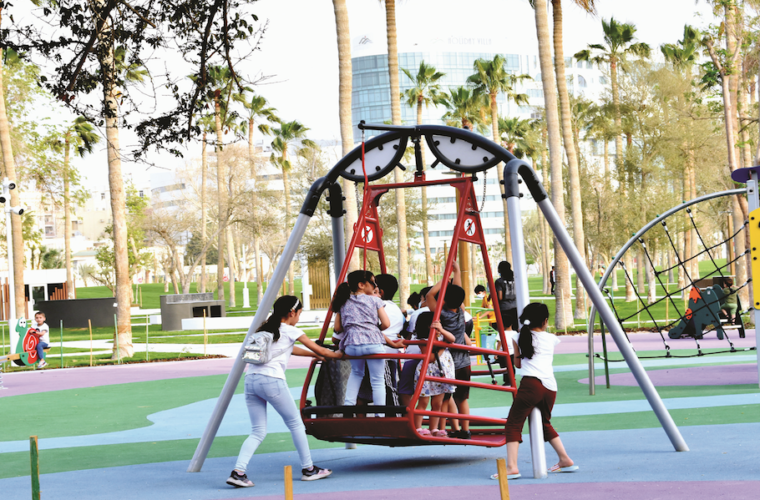 Also present at the opening were Mike Purzycki, Mayor of Wilmington – Delaware, United States and his delegation along with officials and engineers from the Public Works Authority (Ashghal). Furthermore, Purzycki engaged in the planting of a 'friendship tree' at the park along with H.E. Dr Al Subaie which was to mark the growing friendship between Qatar and the US.

The park is also known as Muntazah Park which underwent significant development over many years. Being one of the oldest parks in Doha, it spans across 140,000 sqm and includes a 1,183m pedestrian path, a 1,119m running track, and a 1,118m cycling track. Additionally, has green areas covering an area of 98,000 sqm and 1,600 trees.

Furthermore, this park is to cater to varying age groups as it includes recreational and sports facilities along with exercise and training areas witRawdat Al Khail park opened to the public fitness equipment. The park also has two dedicated play areas for children of the ages 2-5 and 6-12. Further ensuring inclusion the park has taken into consideration the requirements of children with special needs.