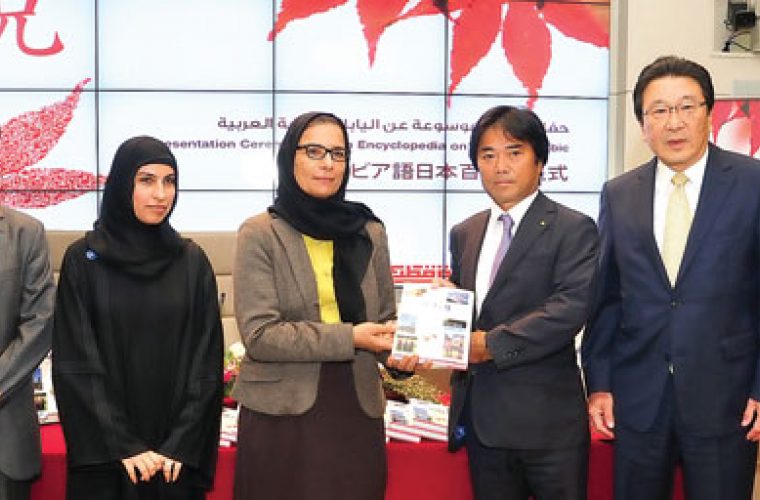 An encyclopaedia on Japan in Arabic was recently published jointly by Qatar University (QU) and Marubeni Corporation (Marubeni). The encyclopaedia is the first such on Japan that is written in Arabic. The encyclopaedia, which is funded by Marubeni, is a product of an agreement between the two partners in which the company will donate $6m over a five-year period to the university’s College of Arts and Sciences (CAS). The endowment, the largest ever received by QU, will fund the establishment of two Faculty Chairs, a teaching position for Japanese language; a student internship programme to Marubeni’s Tokyo Office; and a Qatar-Japan student cultural exchange programme. QU will distribute copies to all schools in Qatar as part of the agreement. In an event to mark the occasion of the encyclopaedia’s publication, QU President Prof Sheikha Abdulla Al Misnad, Ambassador of Japan to Qatar Shingo Tsuda, and Marubeni Regional CEO for Middle East and Africa Masataka Kuramoto were joined by CAS Dean Dr Eiman Mustafawi and CAS Associate Dean Dr Steven Wright. Prof Al Misnad said: “This event marks the strong cultural and educational ties between two great countries and two institutions committed to social and educational development. It is a pleasure and an honour to receive this substantial academic effort.” Ambassador Tsuda said: “We emphasised on the importance of the encyclopaedia for Arabic readers since it includes information on Japan’s culture, natural resources, economy and history.” http://thepeninsulaqatar.com/news/qatar/263124/qu-marubeni-unveil-arabic-encyclopaedia-on-japan