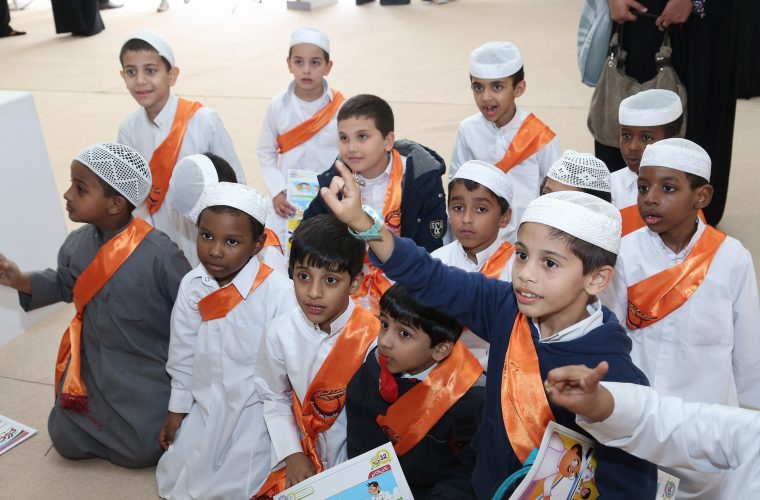 Eid Al Adha Festival 2015 begins Thursday under the theme “Capture the Joy” with celebrations across Qatar, organized by Qatar Tourism Authority (QTA) and its partners in the public and private sector including sports organizations, malls, cultural landmarks and Qatar National Theatre.

The Festival will also feature roaming shows around Qatar’s participating shopping malls between 4.00pm and 10.00pm, including the Al Ardah traditional dance, a show by Arabs Got Talent finalist, ‘Snoopy’, a show entitled “Mr. Dropsy and The Bellboy,” “Jig & Saw”, along with face paintings, Balloonatics and a circus parade, among others. A key highlight of this Eid is the “Frozen Sing-along” where the film’s popular characters, Elsa and Ana, will be singing the film’s world-renowned songs along with audiences.

Meanwhile, theatre-lovers will be able to enjoy the QTA sponsored theatrical performance “The Wrestler,” an Arabic play featuring child star actor Hala Turk and actors Nasser Mohammad and Najwa Al Kubeisi. The play will show between 6.00 – 8.00pm at Qatar National Theatre, where tickets can be purchased as well, from the first day of Eid and for seven days. Ticket prices begin at 50 QAR and increase gradually to 100 QAR, 200 QAR, 300 QAR and up to 500 QAR.

QTA’s partners will be put on a wide variety of cultural and entertainment offerings, including daily musical performances in the open-air theatre in Al Ahmed Square (Souq Waqif), organized by Sout Al Rayyan in partnership with the Private Engineering Office, as well as live entertainment at Katara Cultural Village starting at 6.30pm and culminating in a firework spectacle at 9:30pm. Families can enjoy a wide array of entertainment options on offer at The Pearl-Qatar and the Al Dosari Zoo and Game Reserve starting from the second day of Eid. Sheikh Faisal Museum will also offer tours from 9:00am to 5:00pm.

In collaboration with its partners, QTA will also welcome visitors arriving to Qatar through Hamad International Airport, where QTA representatives will distribute Eid Al-Fitr Festival brochures, including detailed event timings and locations, in addition to Eid gifts, with the aim of promoting the festival and sharing the Eid spirit. QTA will also celebrate World Tourism Day, which coincides with the last day of the Festival, with visitors landing in HIA.

“QTA’s annual Eid Festival helps boost inbound tourism by targeting and attracting visitors from around the GCC looking for a get-away in a destination with shared culture and heritage full of family-friendly entertainment options,” said Mashal Shahbik, Director of Festivals and Events at QTA. “Through the Eid Al Adha Festival theme, “Capture Joy”, QTA is inviting visitors and residents to capture the joyful memories associated with Eid, spiritual happiness, and family during this special period.”

Shahbik added that QTA has launched two social media competitions in line with the theme, with the hashtags #ForYourEyesOnly and #EmoJoy, where participants try to guess images related to the joy of Eid as well as sharing their own joyous moments for a chance to win exciting prizes.