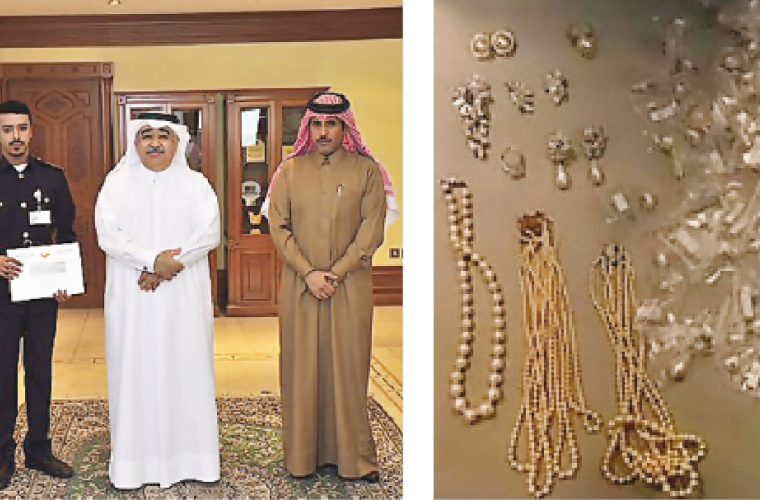 The General Authority of Customs recently caught a traveller who tried to smuggle 53 pieces of pearls and diamonds weighing about 1kg into the country through Hamad International Airport (HIA).

The authority said in a statement that the traveller had two bags and was asked to enter the country with one and transfer the other on a transit trip.

During proceedings, an inspector became suspicious and transferred the traveller to a specialised inspector, who found small packets wrapped around his waste under his clothes. The packets contained seven diamond rings, three pearl necklaces and 43 pieces of natural pearls, together worth about QR4.4m ($1.2m).

Ahmed bin Ali Al Mohannadi, General Director of the General Administration of Customs, honoured the inspector who caught the traveller. He also stressed the importance of constant efforts to prevent any smuggler trying to harm to society.