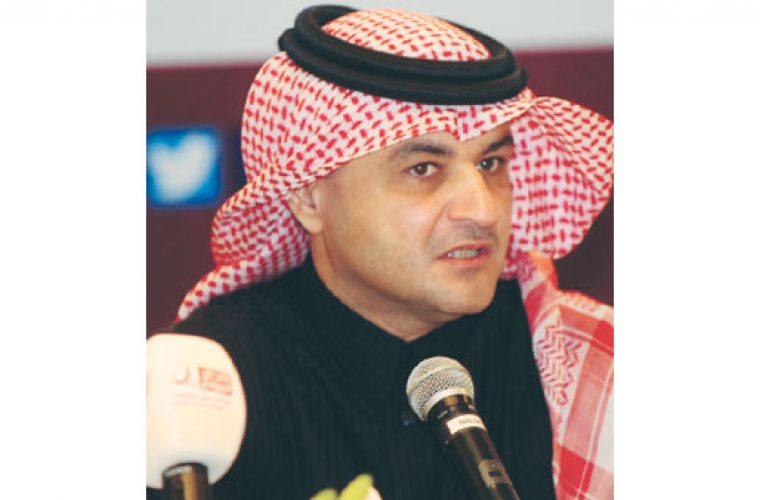 In a major fillip to the road infrastructure development in the country, the Public Works Authority (Ashghal) has awarded contracts worth QR10.18bn. The new contracts include three falling under the Expressway programme. Speaking at the contracts awarding ceremony yesterday, Ashghal president Nasser bin Ali al-Mawlawi expressed hopes that the projects to be undertaken under the latest contracts would vastly improve Qatar’s road infrastructure, especially at a time when the country is moving ahead with its plans to host a number of major events, including the FIFA World Cup 2022. The latest contracts are a continuation of the design and construction of the 10 projects falling under the Expressway programme worth QR7.2bn awarded in June last year. Of the three contracts worth QR7.71bn awarded under the Expressway programme, two are for the projects falling under the Rayyan road development programme. They consist of the contracts for the construction and the development of roads from the western side of the New Rayyan Road roundabout to the east of Bani Hajer roundabout and also for the building and development of the roads from the western area of the Olympic roundabout to the areas lying on the west of the New Rayyan roundabout. The QR1.02bn road work from Bani Hajer to New Rayyan roundabout, which includes the upgrading of four lanes in each direction, besides 2kms of service roads on both sides, is expected to be completed in the third quarter of 2016. It features pedestrian footpaths as well as cycle lanes, storm water drainage with micro tunnelling works and treated sewage effluent networks among other related works. The project covers junctions at Al Wajbah Street, Al Shafi Street and Al Qalah (Castle roundabout), with provisions for underpasses at Al Shafi Street and Al Qalah Street. The QR3.43bn work to be undertaken between Olympic roundabout and New Rayyan roundabout is expected to be completed by the first quarter of 2017. The work includes upgrading of 5.3km road with four lanes in either direction besides services roads, approximately of the same length. It also has footpaths, cycle lanes and landscape. The grade separation interchanges to be set up along the route are expected to eliminate traffic blocks on Al Rayyan road, Furosiya Street and Al Bustan Street. The third contract is for the design and construction of the first phase (45km) of the 180km dual carriage New Orbital Highway, located on the south west of Doha. The QR3.26bn project is to connect the under-construction New Doha Port and Al Wakrah bypass and includes the construction of a road linking Mesaieed road to the East-West corridor. The proposed highway has four junctions. The road will have four lanes each in either direction and has provision for two more lanes in future, besides footpaths and cycle lanes alongside. On completion of the New Orbital Highway project between Al Khor and Mesaieed, the road will provide an orbital track around Doha and pave way for a truck route between Mesaieed Industrial City and Ras Laffan Industrial City. It is expected to reduce the heavy vehicle movement through the city. Contracts worth QR2.47bn for the construction of roads and infrastructure in Al Khor and Doha Industrial Area were also awarded yesterday. They are for the development of the Commercial Street in Al Khor, the first phase of infrastructure expansion in the Doha Industrial Area, first phase of infrastructure development for the North and East Al Kheesa (Rawdat Hamam Area and the first phase of development in Rawdat Abal Heeran Area. Facelift for roads in the Industrial Area Many streets of the Doha’s Industrial Area are expected to receive a facelift as part of a contract worth QR1.36bn awarded yesterday to a joint venture of Qatar Trading and Contracting Group/MSF Engrenharia. The works is to be carried out in an area of about 480 hectares. At least 38km of existing roads will be revamped. Ashghal officials said the Industrial Area roadworks would be completed in the third quarter of 2016. http://www.gulf-times.com/qatar/178/details/377645/qr10bn-boost-for-qatar-road-projects