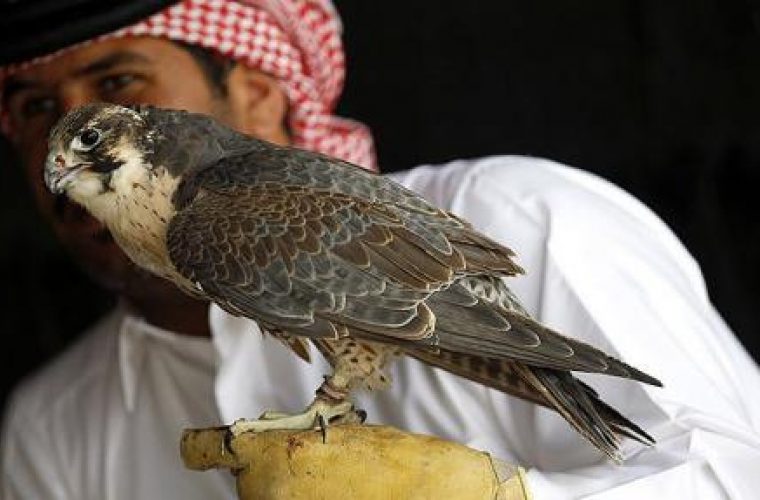 A falcon centre, the biggest facility in the country which can accommodate 600 falcons, has opened at Al Shahaniyya. Sheikh Khalifa bin Jassim bin Mohammad Al Thani, Chairman of Qatar Chamber, inaugurated Al Kashaniyya falcon house, in the presence of falconers from Qatar and neighbouring countries. The new facility built at a cost of QR1.2m has four rooms, each with an area of 45m by 30m to give more space for falcons to move freely. There are also special rooms, offered at higher rates and have an area of 13m by 6m each. Nasser Khalifa Al Kuwari, owner of the facility, said every year they will start receiving falcons in January until the hunting season starts in October. Falcon owner will have to pay QR5,000 for each falcon, inclusive of all services and food except the cost of medical treatment. “Many Qatari owners take their falcons to neighbouring countries to be taken care of during these nine months. I said ‘why don’t we provide the same services here at a reasonable rate?’” said Al Kuwari, explaining the reason behind the establishment of the centre. The facility has 32 airconditioners to maintain temperatures at 24 degrees Celsius. There are also 13 cameras to monitor falcons and for security, in addition to an isolation room in case a falcon takes ill. “We have veterinary services if the situation requires. We call owners to decide if they want to have their falcons treated here and issue them bills later,” he said, adding he planned to establish an integrated veterinary hospital with latest technology to provide the best care for falcons. The facility has five employees to feed and take care of falcons and except them nobody is allowed to enter the rooms. The owners can watch their falcons through the monitors because falcons need to be familiar with the staff and should not be distracted by other people. Falconry is one of the hobbies and sports of Qataris. Most falcons are bought from Egypt, Libya, India, Mongolia, Russia and other countries and the prices of some can reach around QR3m. Photo: telegraph.co.uk http://thepeninsulaqatar.com/news/qatar/266884/qr1-2m-falcon-centre-opens-in-al-shahaniyya