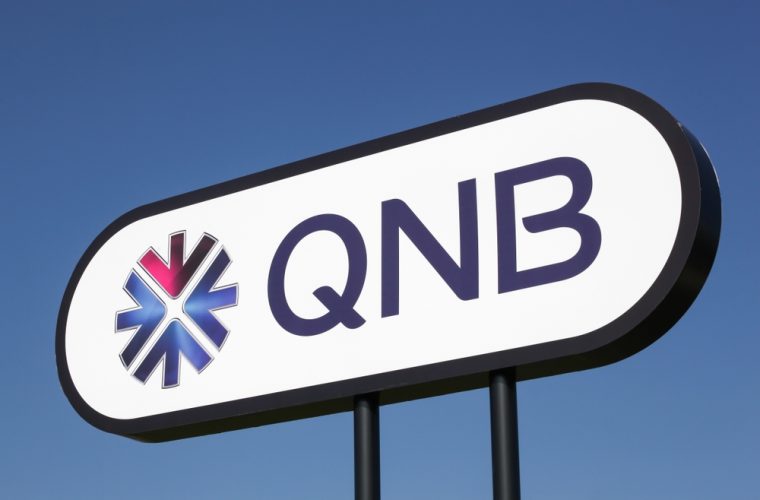 QNB said Saturday in its weekly commentary that the escalating tensions of the trade war were balancing out the U.S. Fed's cutting of interest rates. The commentary also said that the change in expectation of future cuts had an impact as well, all culminating in the volatile bond market.

The commentary began by providing an overview of developments in the market. It started with the 72 hour period from July 30th to August 1st, and how market expectations about the future path of U.S. policy rates fluctuated significantly since then. The initial movement in market expectations followed the 30-31st July meeting of the Feds Federal Open Market Committee (FOMC), when policy rates were cut for the first time in more than 10 years. The target for the fed funds rate was adjusted down by 25 basis points (bps) to 2-2.25 percent. The FOMC has also announced an early end of balance sheet normalization or quantitative tightening two months ahead of schedule. Official reasons for the actions included slowing global growth, trade policy uncertainty, muted inflation pressures and inflation expectations, and soft U.S. manufacturing data.

Despite the Fed decision, the statement from the central bank was interpreted as hawkish by the markets. After the FOMC meeting, market confidence in aggressive rate cuts diminished with the implied probability of further fed funds rate cuts dropping materially (see graph). The probability of rate cuts in the upcoming FOMC meetings in September, October and December fell from 100 percent to 62.7 percent, 78.7 percent and 85.1 percent, respectively. As a result, the U.S. Dollar strengthened and the U.S. yield curve inverted further.

Two factors have led to such changes in expectations of future policy rates. First, as actions speak louder than words, the FOMC cut rates by only 25bps instead of the 50bps that some of the more aggressive bond managers expected. Second, the lingo used in both the official statement and the press conference was not supportive of an overly dovish Fed put. The rate cut was dubbed a "mid-cycle adjustment" rather than the beginning of an easing cycle. References to future actions and the need to monitor incoming data were watered down. This was amplified by the perception that there is no consensus within the Fed about how to proceed in this juncture. Several regional Fed governors opposed the latest rate cut.

The commentary said that it was not the market's reaction to the FOMC meeting that led to tightening in the financial markets, instead, it was the decision of U.S. President Donald Trump to re-escalate the trade conflict with China that completely changed the outlook.

In less than 24 hours from the FOMC meeting, Trump announced the imminent imposition of 10 percent tariffs on the remaining $300 billion of Chinese exports to the U.S. that were not already subject to tariffs. Sentiment plummeted immediately with safe-haven assets soaring and financial market conditions tightening. Bond markets immediately re-priced aggressive policy rate cuts, reversing the initial reaction from the FOMC meeting. In other words, the end of the trade truce between the U.S. and China completely offset the Fed message.

The commentary said that recent developments on the trade front remain a major headwind. Confidence in bilateral U.S.-China trade negotiations is eroding and the window for even a temporary deal is narrowing rapidly. This is to a large extent uncharted territory for the Fed, QNB said. The report quoted Fed Chairmen Jerome Powell, trade is unusual. The thing is, there is not a lot of experience in responding to global trade tensions. So it is something that we have not faced before and that we are learning by doing. It is not exactly the same as watching global growth, where you see growth weakening, you see central banks and governments responding with fiscal policy, you see growth strengthening and a business cycle. With trade tensions, which are having a significant effect on market conditions and the economy, they evolve in a different way and we have to follow them.

QNV said that it expects heightened trade tension will continue to affect sentiment and tighten financial market conditions. The report also said that the Fed will have to respond accordingly by easing monetary policy further. The Qatari bank said that they expect the Fed to cut rates by 50bps more in the remaining of 2019.

"But the balance of risks is now tilted to the downside as the environment is more likely to get worse than to get better. Should trade conflicts extend into currency wars and beyond, large doses of monetary stimulus would be needed, including more aggressive rate cuts towards the zero lower bond and the re-launching of asset purchase programs or quantitative easing," the report concludes.