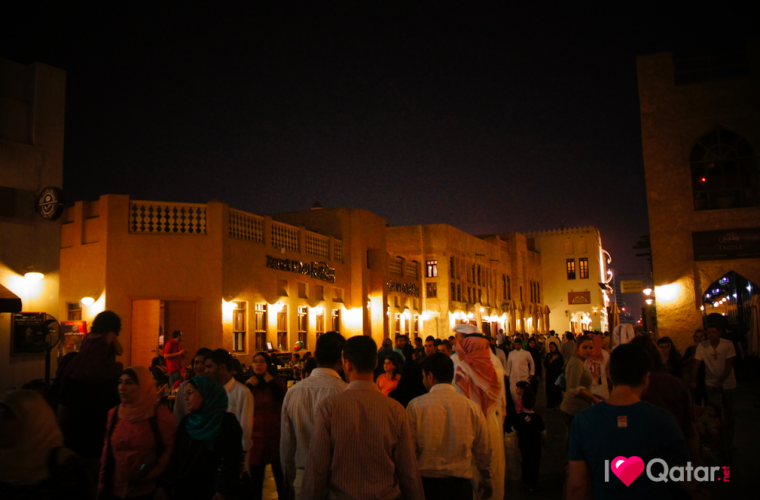 Qatar’s visa facilitation measures have attracted more foreign tourists to the country over the past 11 months of this year, according to Qatar Tourism Authority (QTA). Based on QTA’s records, the number of stopover passengers entering the country has increased by 34% between January and November compared to the corresponding period in 2016.

This was felt by many business establishments at popular tourist destinations such as Souq Waqif, The Pearl-Qatar, Museum of Islamic Art, and Katara – the Cultural Village, which form part of the ‘City Tour’ package for cruise passengers.

Speaking to Gulf Times, an employee of a Moroccan restaurant estimates that around 20% of their customers now are foreign visitors, mostly from Europe and Asia.

“Previously, we got a lot of customers from the blockading countries. But this time, starting from a few weeks before the onset of winter, we have been receiving many people of British, Chinese, American and other nationalities who do not live here,” she noted.

Different restaurants and coffee shops at Souq Waqif have also been getting a growing number of foreign customers, it is learnt.

This was confirmed by a salesperson of a souvenir shop at Souq Waqif, who said the demand for various types of souvenir items had surged, prompting them to hire additional staff for this season.

“While morning shoppers stay for a short period of time here, they do buy several items from us.

In the evening, it’s really a windfall,” he said, hoping that more tourists, including transit and cruise passengers, would visit Souq Waqif in the coming months.

Qatar recently received Mein Schiff 5, one of the many cruise ships scheduled to make calls at Doha Port in the 2017-18 cruise season.

The German vessel can carry more than 4,000 passengers.

Qatar became “the most open country in the region” after waiving entry visas for citizens of 80 nationalities free of charge, besides implementing an extended 96-hour transit visa for airline passengers.

The tourist e-visa facility for all nationalities is also expected to entice many visitors from different countries globally, including those from the Asia Pacific.

Filipinos who arrived in Doha recently using the new system said they will recommend it to their friends and colleagues who plan to travel to Qatar for leisure.

“There was no need to go to the Qatar embassy in Manila and visa approval was quick,” said Christine Rodriguez, who was with her parents.

Apart from the traditional tourist destinations in Qatar, some of the well-known oryx farms across the country are also expected to attract many visitors.

QTA is enticing tourists to visit the Al Maha Sanctuary for an "up, close and personal experience" with the Arabian oryx.

Qatar is the first Arab nation to breed them in captivity.

“Once threatened by extinction, these elegant, milky-white antelopes are now well taken care of in reserves across the country, producing approximately 75 to 100 calves each year,” QTA said on Twitter.

QTA also expressed optimism that new and diverse tourism offerings at major events such as the upcoming Shop Qatar 2018 would bring in more international visitors.

The first edition of the shopping festival generated QR1.06bn “in economic value”, saw a hotel occupancy rate of 70.5% during the event, attracted 267,436 visitors to its website, recorded a 16.8% increase in visitors to Qatar during the festival and recorded QR48.3mn worth of coupons exchanged. (Source)