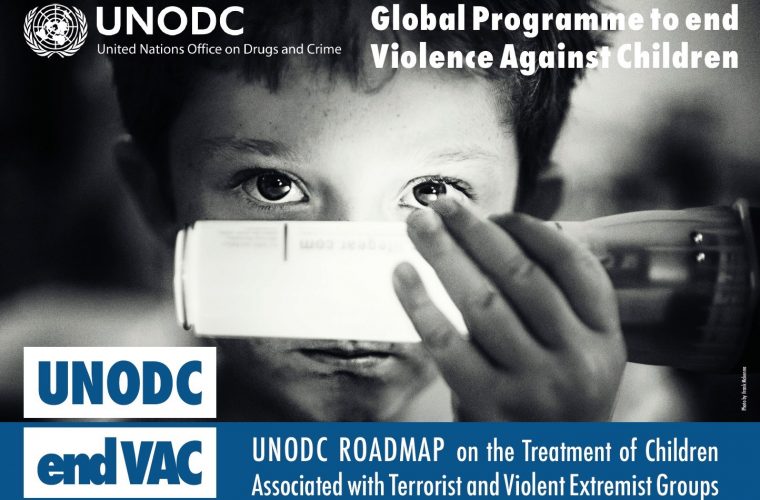 The Permanent Delegation of Qatar and other States organised a high-level session to launch a roadmap for the United Nations Office on Drugs and Crime (UNODC) to address the issue of children recruitment and exploitation by terrorist and violent extremism groups.

At the initiative of Qatar's Delegation to the United Nations (UN), along with the permanent delegations of Japan, Belgium, Nigeria and Canada in addition to the UNODC, a high-level session was held for the launch of the UNODC Roadmap for action to address the children recruitment and exploited by terrorist and violent extremism groups.

Held under the theme 'Protecting our Future: priority for all' at the UN Headquarters in New York, The session focused on strengthening prevention and developing strategies to protect and respect the full rights of children as victims of terrorism and violent extremism, regardless of their alleged involvement in the commission of crimes.

In a statement today, Her Excellency (H.E.) Permanent Representative of Qatar to the UN Sheikha Alya Ahmed bin Saif Al Thani said that discussions during the session were a continuation of the discussions that had begun in 2015 during a meeting between UNODC and Columbia University to exchange ideas on the prevention and rehabilitation of children and young people affected by violent extremism and their integration into their societies.

Qatar plays a key role in promoting education for justice and the culture of the rule of law, Her Excellency said referring to the Doha hosting of the conference on criminal justice in 2015. She noted Qatar's support for the UNODC in the implementation of the Doha Declaration.

She pointed that the Doha Declaration focused on the role of education that targets children and young people as an important element to enable them to play an active role in protecting them by recognising and defending their rights. This is necessary to create a framework to protect the children's environment, she said.

H.Ee Sheikha Alya Ahmed bin Saif Al-Thani expressed the pride of the State of Qatar as an advocate and strong supporter not only of the UNODC but also of many United Nations agencies, programmes and initiatives focusing on children and young people, referring in this context, to the agreement signed by the Qatar in September with the Office of the Special Representative of the Secretary-General for Children and Armed Conflict to establish and fund a centre for children and armed conflict in Doha.

She noted that the centre will promote knowledge and develop skills related to the protection of young victims of armed conflict in the region, in addition to serving as a documentation centre.

The session focused on several points, including the emphasis on that children recruited by terrorist and violent extremism groups are victims of armed conflicts. It also called for the importance of providing mechanisms for prevention and protection, stressing the importance of developing programs for the rehabilitation and integration of children and youth in their communities.