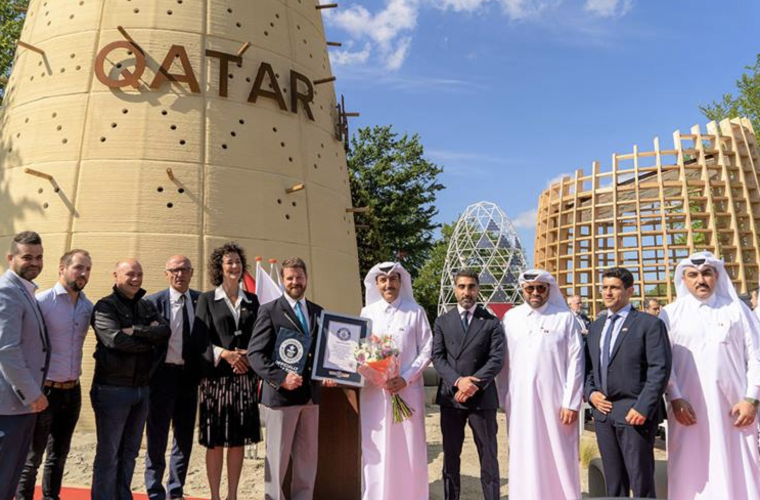 The pavilion of the State of Qatar participating in the "Floriade Expo 2022" in the Netherlands, which is organized by the Ministry of Municipality, received a certificate from the Guinness Book of Records for "The tallest tower made of 3D-printed concrete".

The event witnessed the presence of H.E. Ambassador of the State of Qatar to the Kingdom of the Netherlands Nasser bin Ibrahim Al Langawi, the Mayor of Almere and the King's Commissioner for the Province of Flevoland, the President of the International Association of Horticultural Producers (AIPH), and a number of officials and ambassadors accredited to the Netherlands.

The certificate was received by Engineer Mohammed Ali Al-Khoury, Commissioner-General of the Qatari Pavilion.

The design of the dovecote entered the Guinness Book of Records as the tallest tower made of concrete using 3D printing technology, using sustainable materials, in line with Qatar's vision of transforming the desert into greener areas, and making cities green oases.