Qatar's launching an eSports arena! Here’s what you need to know. 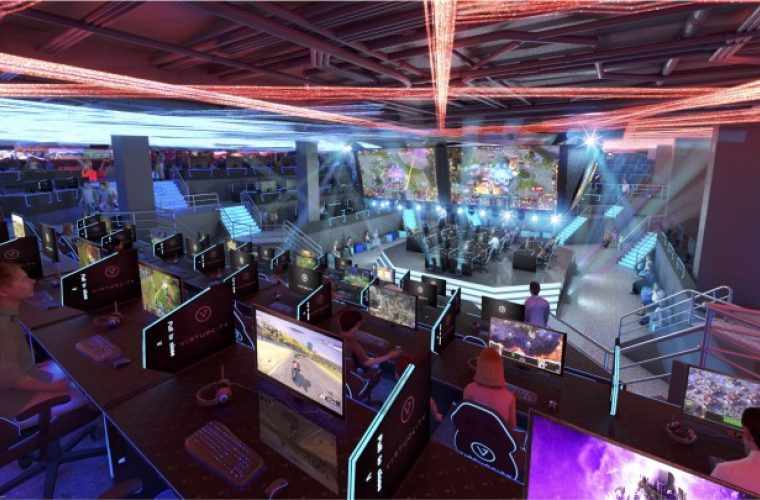 A new and upcoming regional gaming destination, Virtuocity, is opening in Qatar soon! With state-of-the-art features and a gigantic space of 3,500 square meters, the region’s largest gaming hub is set to awe and blow away Qatar’s ardent gaming community.

The concept of Virtuocity was developed by Trimoo alongside local gaming experts. The aim of Virtuocity is to revolutionize the traditional world of gaming by facilitating the gaming community and bring it together, not just in Qatar but in the region too. It will cater to both teenagers and adults, with a wide variety of different digital entertainment options.

According to representatives from Trimoo, “Virtuocity will bring gamers together to compete and rise above with their unique gaming skills and abilities.The large space and facilities such as the arena will cater to all the different needs that gamers can have. Moreover, the environment and culture that will be experienced within Virtuocity will be unique and irreplaceable as it gives the participants a new idea about competitive gaming.”

Another cool key aspect of Virtuocity is their concept of teams. There will be two teams, a red team and a blue team. People can choose what team they want to be on when they register to be a part of Virtuocity. There will also be a membership program at Virtuocity, which will include a Gold membership, a Silver membership and an option to pay per play.

Virtuocity is set to open sometime at the end of this year! It’s located at Doha Festival City along with three other theme parks that are also expected to open soon.

Here’s what you should keep an eye out for at Virtuocity:

Virtuocity will have a huge gaming arena in the center of the park. The arena will have over 200 seats where large-scale local, international, and regional gaming competitions will be held for different popular games. Tournaments and competitions will be also be live-streamed via a dedicated in-house broadcasting system.

Also known as ‘escape rooms,’ Virtuocity’s Enigma Rooms are one of their most thrilling features! There will be four different Enigma Rooms where participants will have 60 minutes to find clues and solve puzzles to escape the room. Each Enigma room will have different themed environments.

There will be ten F1 full-motion simulators that will provide participants with a totally real and immersive racing experience! These simulators are state-of-the-art and are guaranteed to be super fun! You’ll get to choose your international racing circuit and drive on a simulated track as if you’re actually there!

Like all entertainment hubs around the world, an arcade is a MUST! Virtuocity will have a casual arcade area that will include 19 different games, catering to different gamers’ tastes!

There will be a number of special VIP rooms fitted with TV screens, PCs such as Alienware, gaming consoles like Playstation and Xbox, and a sound system. These are ideal for private gaming sessions with your friends or for casual gatherings!

In addition to the cutting-edge gaming systems and thrilling gaming experiences, there will also be a specialized gaming retail store that will have the latest games and gadgets for all sorts of gamers! The store will have a space of over 550 square meters and will offer a large variety of products. Are you excited for the Middle East’s first dedicated eSports Arena? We know we are! Comment below! Don’t forget to give us a like and a share — it keeps us going!