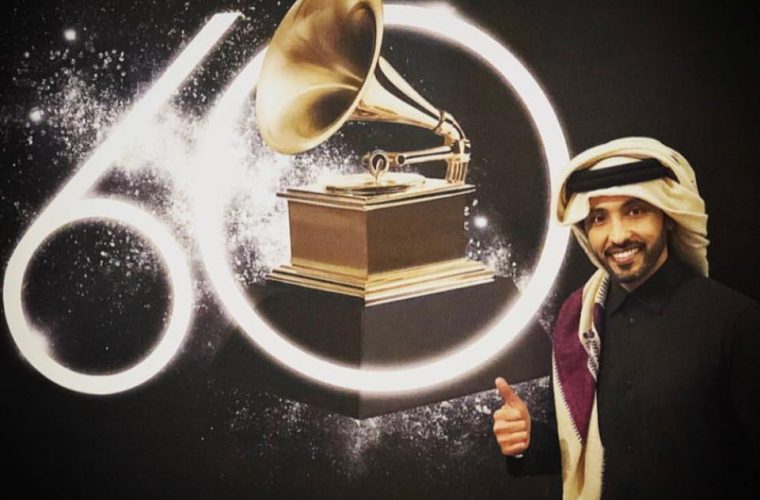 Fahad Al-Kubaisi is honoured to become the first singer from the Gulf to participate in the annual Grammy Awards, now in its 60th year. The star-studded ceremony recognizes the best recordings, compositions, and artists in the music industry. The nominations were announced two months before the awards night.

Al-Kubaisi is a Qatari singer, record producer, fashion model, and human rights activist whose voice has been described as a 'tender' baritone. His musical style is heavily-influenced by Arabic, Khaleeji, and pop music. He was selected as the best singer in the GCC at the 19th Meeting of GCC Ministers of Culture 2013 in Bahrain.

With more than one million fans in both Facebook and Twitter, Fahad is a household name in the GCC. His music videos on YouTube surpass the population of Qatar in number of views -- thanks to his over 100 thousand subscribers.

Some of the most notable works under his belt include a music video shot selfie-style while walking through the streets of Istanbul back in 2014, and 'Batalna (We Finished)' -- which was the first music video in the Middle East filmed in 360-degrees.

"I am truly honoured to be the first Arab to participate in this grand ceremony, and I hope that in the future, I can bring home an award for Qatar," said Al-Kubaisi who also thanked his fans at the event, led by Qatar Airways and Ali Bin Ali.

His album Enta Eshq (You Are Love) was Al-Kubaisi's ticket to this year's Grammys -- which was held outside Los Angeles for the first time since 2003.

Bruno Mars was the big winner of the night -- bringing home six trophies all in all. The '24K Magic'-singer won major awards including Record of the Year, Album of the Year, and Song of the Year. James Corden returned as host.

Do you also fancy seeing a Qatari artist win a Grammy in the future? If so, drop us a line in the comment sections below and let us know! Also, don't forget to like and share this article!