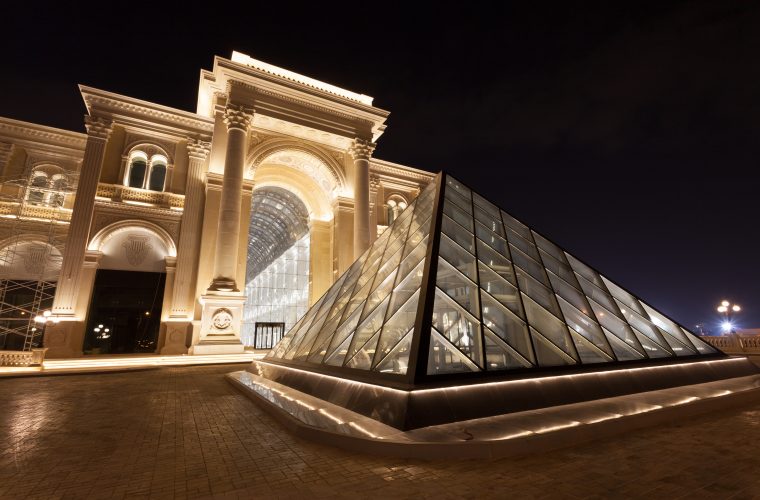 From Wall Street in New York, to “mall street” in Qatar. With about five or more malls surrounding the same stretch of road near Al-Markhiya, a new addition to this designated retail and shopping area is Al Hazm mall, which recently had a soft opening on May 1, 2017.

Priced at a staggering 3 billion riyal investment, the new luxury mall aims to attract “connoisseurs” and those who have a taste for high-end brands and products. 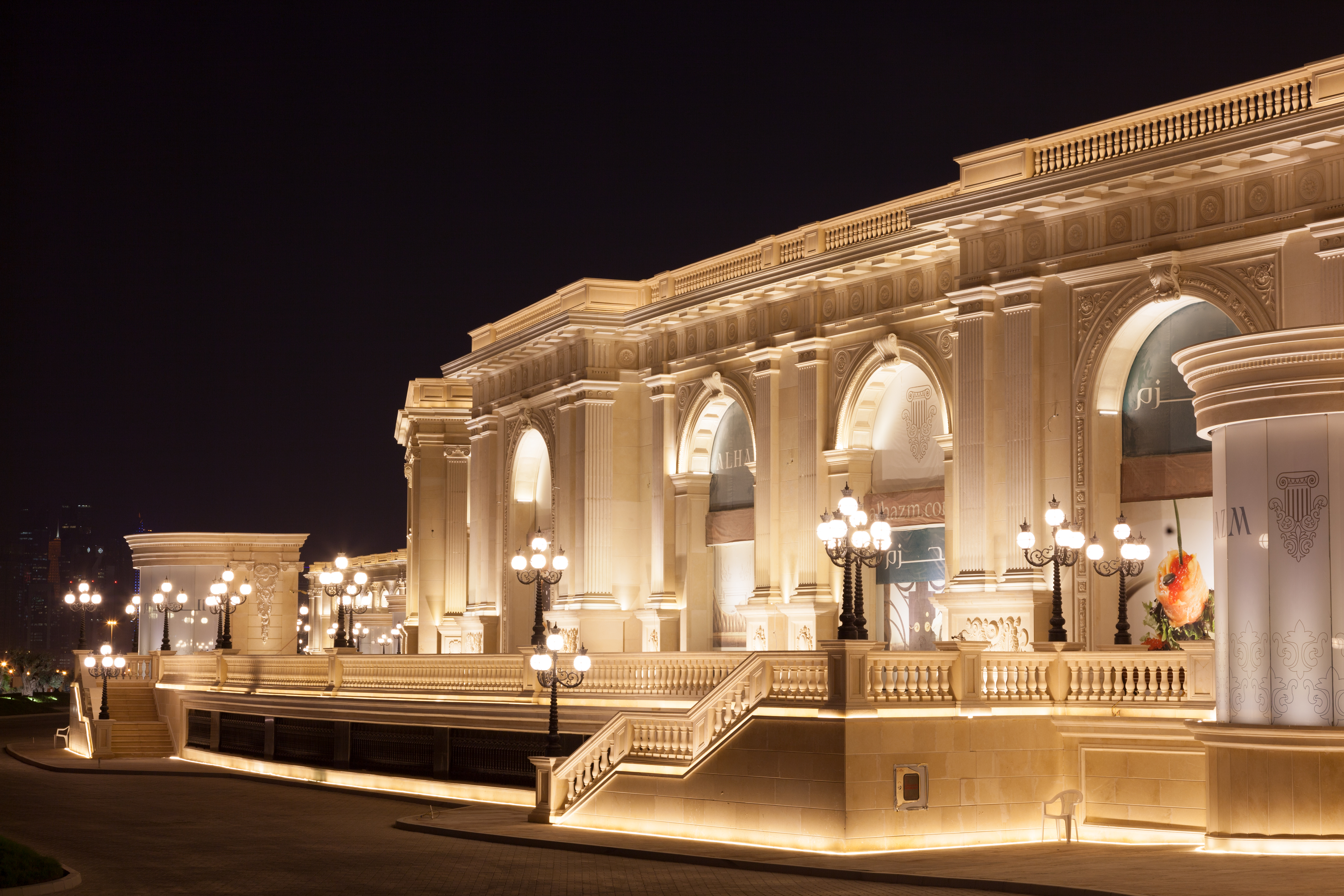 Al Hazm, which means “higher grounds” in Arabic, is situated on a hill so that its actually elevated above the ground. The mall has an outdoor ventilation system and its floors maintain a cool temperature due to the heat-absorbing white marble flooring, so you’re actually able to walk on it barefoot in 40°C+ weather. According to the Peninsula, “the project developers Al Emadi Enterprises bought original Tuscan marble from Italy, stones from Palestine and special artisans from a remote village in Rajasthan, India.”

With modern-meets-classic landscaping, flower gardens and centuries-old imported olive trees from Italy and Spain line the mall’s outdoor walkways. A magnificent glass pyramid, resembling a miniature Louvre, stands outside the mall adding to its aesthetic value. 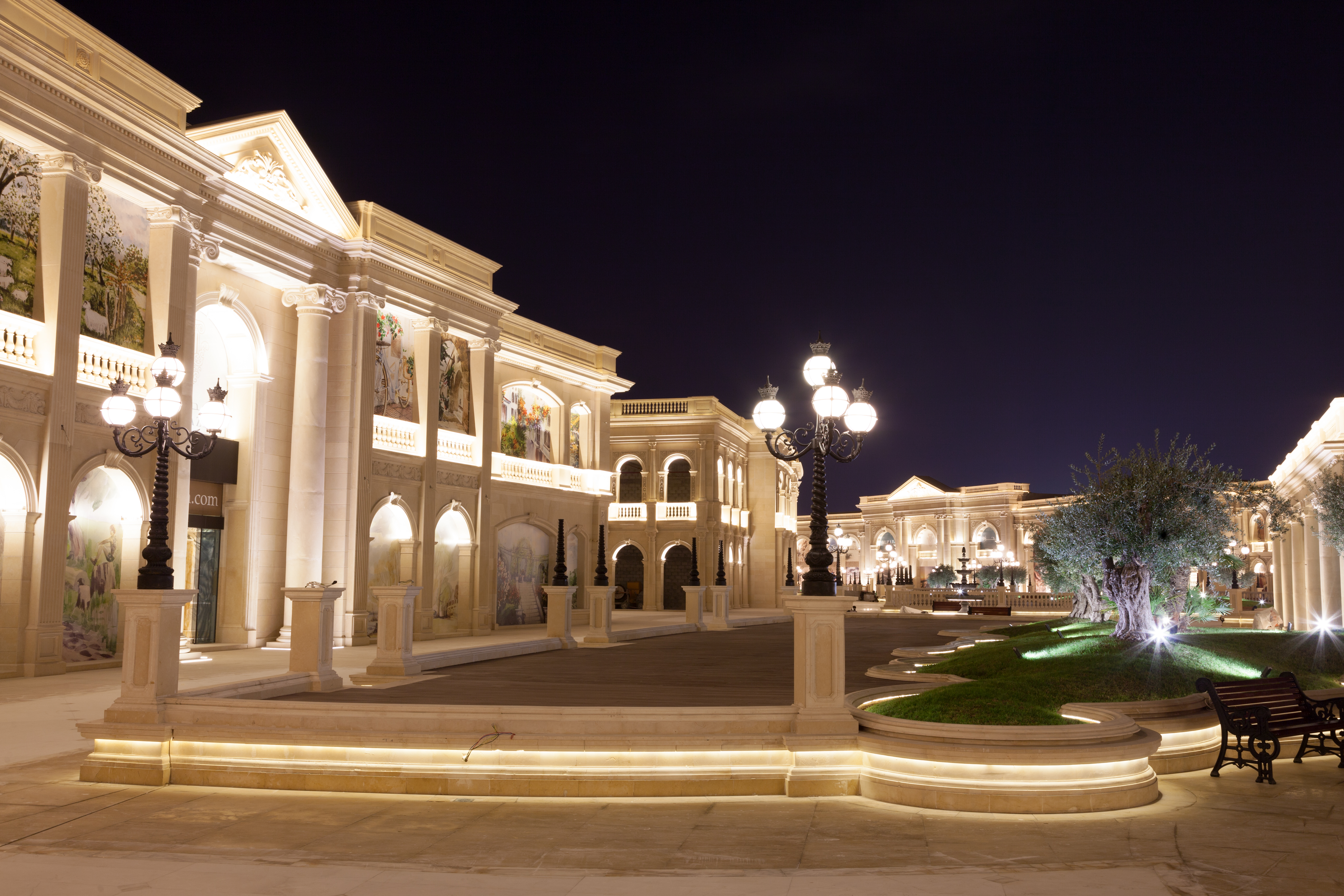 Not only is it a one-stop tourist attraction, it also has a vast selection of luxury retail and beauty outlets, opulent dining options, as well as a cultural center, where visitors can browse the countless books and magazines, according to the Al Hazm website.

Some of their more lavish retail brands include Bugatti, Tardini, Palazzo Nero, Amici Di Moda, and more, most of which can’t be found anywhere else in Doha. Al Hazm also has a number of unique names when it comes to café and dining outlets, including Guylian Café, Mercato, Takht-e-Jamshid, Umami, and Big Smoke Burger.

Al Hazm also offers a range of different services, such as limousine services, restaurant bookings, valet parking, kids area, and even your very own personal shopper!

Although the mall isn’t fully operational as yet, its expected to open all its outlets very soon. Al Hazm is currently open regularly from 5:00 pm to midnight.

What do you think of Qatar’s mall scene? Have you visited the new Al Hazm mall yet? Comment below! Don’t forget to give us a like and a share!