Qatari directors endorse Qumra as a ‘school of film learning’ 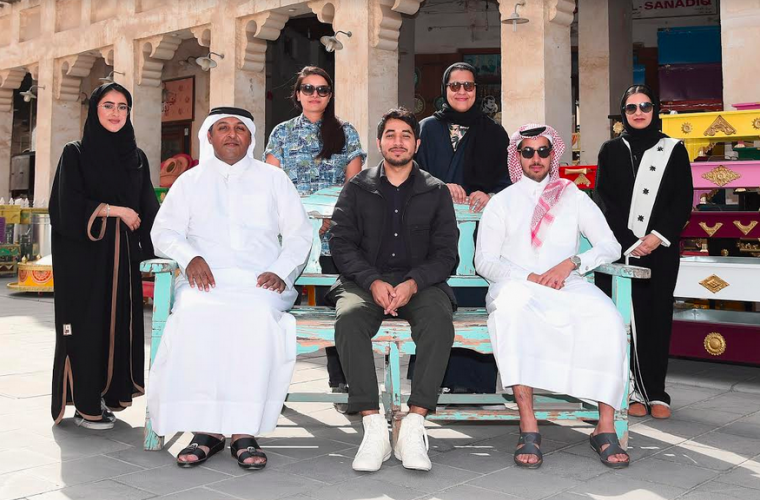 Young Qatari directors, who have their upcoming projects being mentored at Qumra 2018, the industry event by the Doha Film Institute, have endorsed it for the new learnings and wealth of networking opportunities offered.

Khalifa Al-Thani, Qatari filmmaker, who is directing his first feature film, The Voice of Amirah, which is set in 1970s Qatar and tells the story of a female protagonist who grows up in an unconventional household. “This is my first time participating in Qumra,” said Khalifa. “I have a number of friends who have been here, who said Qumra pushes them to make their films happen. There is enormous amount of support from industry professionals.” He said the script-to-screen support that Qumra provides is invaluable in overcoming the challenges he faces as a filmmaker.

“Qumra is relevant to me because it brings my peers together – and we are all supporting one another. Further, the one-on-one personal interactions with the mentors helps you understand better where you come from – as a filmmaker – and what you aspire to achieve.” He said his film is very ‘human-oriented’ and having done location scouting, he has identified places that uphold the 1970s charm.

Nouf Al Sulaiti, who turns director with Gubgub, a short film about an adventurous young girl who goes crab-hunting with her father, said directing was something she wanted to try, having earlier produced many films. “Producing is my passion, and directing is something I wanted to try to know what directors go through.”

A film student of Northwestern University in Qatar, she said Qumra brings “great exposure – as a person – and about the industry. I had one-on-ones with the Masters and it is great to know how to take my film to the next level.” As a Qatari filmmaker, Qumra is important to her, she said, “because it helps the world understand that we have work here, that we are producing films here. Often, many people do not take us seriously but Qumra helps us to develop our work to the next stage, and help us expand outside the region. It is a good platform to understand that we are capable of making films that are as good as those made in the West.”

A.J. Al Thani, whose earlier film Kashta received tremendous acclaim, is nurturing her first feature film project, Khuzama – about a Bedouin girl who dreams of exploring the desert - at Qumra 2018. She said she is anxious yet excited as “your first feature film is like your calling card and I want to prepare as much as possible now so that when I shoot I am in the right place.” That preparation, for her, comes from Qumra. “As a filmmaker you expect to hear that your project is amazing and then you get a shock when your mentors remind you how much work you have to do. I am happy to hear that now than later.”

In development stage is the short documentary by Majid Al Remaihi, whose first short film Domestic Acoustics was completed through the Doha Film Institute’s Documentary Lab. “This is the first time I’m participating in Qumra,” said Majid, who loves doing documentary as it gives him the experience of working with real people. His project Pastimes is “an essay documentary that explores ancestry and grandfathers having symbolic resonance with history as it is written in Qatar and the Arabian Gulf.”

A sociology student, he says “sociology gave me awareness of the structure but film lends me the vision. Film has the artistic capacity to encapsulate so many ideas and today, we need as much of that – alternative ways of telling stories and recording it.”

Majid said Qumra helps “catapult us into the middle of the industry, to be with people who represent their own institutions and films. The masterclasses, through the anecdotes, help you to get things done. Qumra has made me more enthusiastic about pursuing my career in film with confidence.”