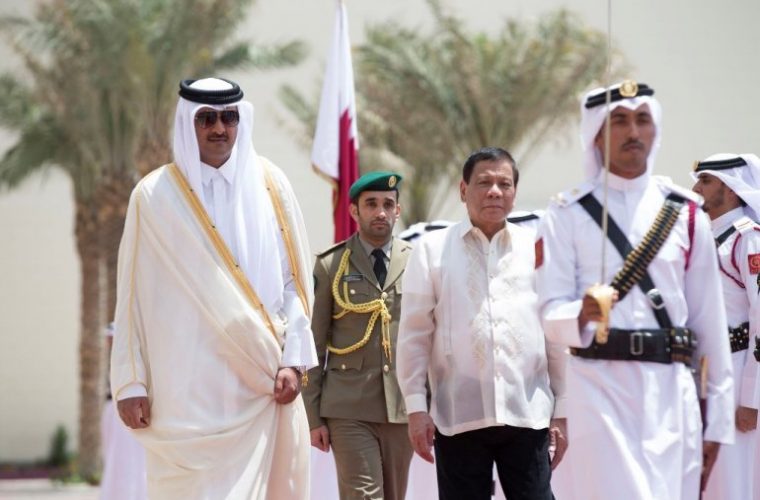 “The Qatari Amir will surely be warmly welcomed by President Rodrigo Duterte,” he added.

It can be remembered that in April 2017, Duterte invited Sheikh Tamim to visit the Philippines to further enhance bilateral relations. The invitation happened after the Amir hosted a lunch banquet for President Duterte and his delegation during his Qatar visit last year where the Philippines and Qatar signed agreements involving matters on culture, investment, technical, education, cooperation, and health.

Secretary Cayetano also expressed hope for stronger bilateral ties between the Philippines and Qatar, saying: “Foreign Minister Sheikh Mohammed Bin Abdulrahman Al-Thani and I had a fruitful discussion on advancing Philippine-Qatar relations, covering all our foreign policy goals and addressing the needs of our nationals in Qatar.”

During their meeting, the two ministers discussed the proposed convening of the Joint Committee Meeting on labor matters; investment opportunities; regional issues in the Gulf; and other ways to further enhance bilateral relations in the regional and multilateral sphere.

The Secretary also conveyed the gratitude of the Philippines for the royal pardon granted to 25 Filipino detainees on the occasion of Eid’l Fitr.

In 2017, Qatar is the Philippines’ sixth export market and fourth import market in the Middle East. It is home to around 255,000 Filipinos, most of whom are working in the nursing and services sector.

Are you a Filipino expatriate in Qatar? Do you think the Amir's upcoming Philippine state visit will help both countries to strengthen their relationship? Drop us a line in the comments below and also, don't forget to like and share this article—it keeps us going!

(Cover image courtesy of The Peninsula)